How foster parents and biological parents can become a bonded family 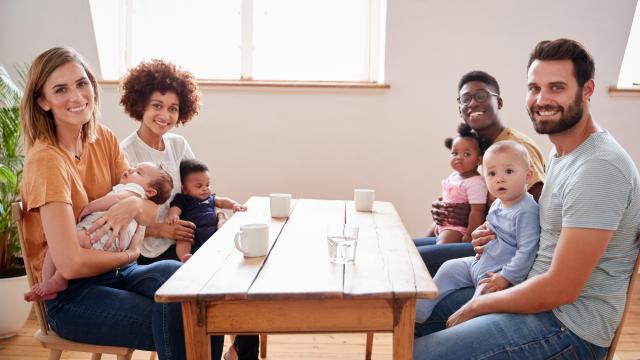 This article was written for our sponsor, Boys and Girls Homes of North Carolina.

Foster care parents become licensed knowing a foster child's reunification with their birth parents is the ultimate goal. When circumstances allow, foster parents should make a concerted effort to build a relationship with the foster child's biological parents.

That is exactly what Beverly Bissette, a licensed foster care parent for the Boys and Girls Homes of North Carolina, did with her foster children's biological mother.

Bissette and her husband fostered a set of infant twins, working hard to establish a relationship with the twins' biological mother.

Stephanie Spencer, a B&GH licensed foster care parent who fostered a 5-year-old, added she tries to put herself in the shoes of the biological parents.

Bissette and Spencer both shared that the co-parenting bonds of trust are formed when foster parents comply with biological parents' wishes, both big and small. For example, when Spencer scheduled a haircut for her foster daughter, she consulted the child's biological mother and asked if she preferred that her daughter's hair to be long or short.

Likewise, Bissette said when the twins' biological mother asked that her children not eat pork, she and her husband gladly obliged.

In some cases, the co-parenting journey allows biological and foster parents to be present at the same time and to share in school meetings, doctor's appointments and court dates.

"When the biological parents live nearby, it's easier to make personal contact," Bissette said. "I once surprised a biological mother who lived nearby with a Mother's Day gift from her kids. That was a special moment."

Yet, when either distance or court orders prohibit physical visits, Spencer said phone calls, emails and texts can help to overcome the hurdles of distance.

"We always email photos of milestones and special events in the child's life -- from the first day of school to Halloween and sports activities. Plus, the kids talk with their biological parents once a week over the phone," Bissette said.

Spencer agreed, "It's important to keep the lines of communication open. For older foster children in particular, it really makes a difference when they know that you are friends with their mom and their dad."

"When folks learn that I'm a foster parent, they often say, 'I could never do that. I could never get attached to a child and then lose them,'" Spencer said. "But, when our foster children are reunited with their families, we haven't lost them. Instead, we've gained an extended family."

She recalled, "When our six-year-old was reunited with her biological parents, we sent her home with a 'life book' that chronicled the time she spent with our family. That was important to me because I wanted her to be able to answer questions like 'Have you ever been camping?' or 'Have you ever played soccer?'"

After reviewing the life book that Spencer created for her daughter, the biological mother called Spencer and asked that Spencer remain a part of the child's life. Now the roles have turned, with the biological mother sharing photos with Spencer, as well as bringing the child for visits every couple of months. With this reversal of parenting roles, Spencer's foster parenting journey has come full circle.

Echoing Spencer's bond with the families she serves, Bissette added, "I love to hear how our foster children are doing long after they're reunited with their biological parents. We are blessed to be a small part of our foster children's stories. And we've met some amazing parents along the way who have graciously allowed us to temporarily co-parent their kids."

This article was written for our sponsor, Boys and Girls Homes of North Carolina.