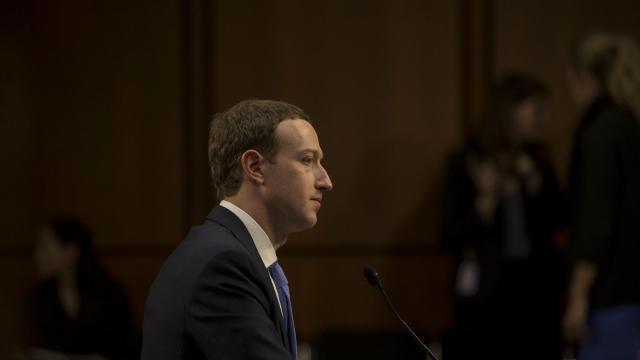 For more than a year, Facebook has endured cascading crises — over Russian misinformation, data privacy and abusive content — that transformed the Silicon Valley icon into an embattled giant accused of corporate overreach and negligence.

An investigation by The New York Times revealed how Facebook fought back against its critics: with delays, denials and a full-bore campaign in Washington. Here are six takeaways.

In fall 2016, Mark Zuckerberg, Facebook’s chief executive, was publicly declaring it a “crazy idea” that his company had played a role in deciding the election. But security experts at the company already knew otherwise.

They found signs as early as spring 2016 that Russian hackers were poking around the Facebook accounts of people linked to American presidential campaigns. Months later, they saw Russian-controlled accounts sharing information with reporters that was from the Democratic National Committee’s hacked emails. Facebook accumulated evidence of Russian activity for more than a year before executives opted to share what they knew with the public — and even their own board of directors.

In 2015, when the presidential candidate Donald Trump called for a ban of Muslim immigrants, Facebook employees and outside critics called on the company to punish Trump. Zuckerberg considered it — asking subordinates whether Trump had violated the company’s rules and whether his account should be suspended or the post removed.

But while Zuckerberg was personally offended, he deferred to subordinates who warned that penalizing Trump would set off a damaging backlash among Republicans.

Facebook hired Sen. Mark Warner’s former chief of staff to lobby the Democrat from Virginia; Sandberg personally called Sen. Amy Klobuchar, D-Minn., to complain about her criticism. The company also deployed a public relations firm to push negative stories about its political critics and cast blame on companies like Google.

Those efforts included depicting the billionaire liberal donor George Soros as the force behind a broad anti-Facebook movement, and publishing stories praising Facebook and criticizing Google and Apple on a conservative news site.

Facebook faced worldwide outrage in March after The Times, The Observer of London and The Guardian published a joint investigation into how user data had been appropriated by Cambridge Analytica to profile American voters. But inside Facebook, executives thought they could contain the damage. The company installed a new chief of American lobbying to help quell the bipartisan anger in Congress, and it quietly shelved an internal communications campaign, called “We Get It,” meant to assure employees that the company was committed to getting back on track in 2018.

— Some criticisms hurt more than others

Sensing Facebook’s vulnerability, some rival tech firms in Silicon Valley sought to use the outcry to promote their own brands. After Tim Cook, Apple’s chief executive, quipped in an interview that his company did not traffic in personal data, Zuckerberg ordered his management team to use only Android phones. After all, he reasoned, the operating system had far more users than Apple’s.

Washington’s senior Democrat, Sen. Chuck Schumer of New York, raised more money from Facebook employees than any other member of Congress during the 2016 election cycle — and he was there when the company needed him.

This past summer, as Facebook’s troubles mounted, Schumer confronted Warner, who by then had emerged as Facebook’s most insistent inquisitor in Congress. Back off, Schumer told Warner, and look for ways to work with Facebook, not vilify it. Lobbyists for Facebook — which also employs Schumer’s daughter — were kept abreast of Schumer’s efforts.