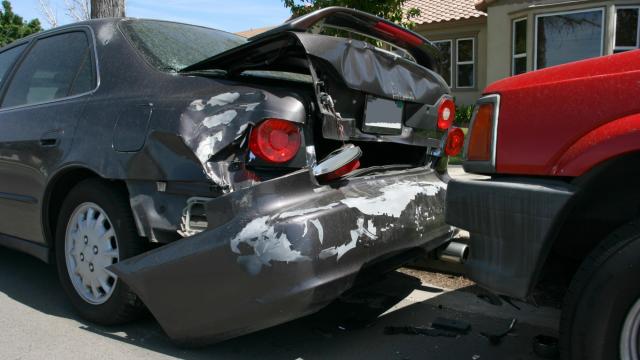 According to the most recent data available from the National Highway Traffic Safety Administration, there were almost 6.5 million car crashes in 2017. In just the past five years, that number has increased by one million. Additionally, the typical driver files an accident claim with their insurance about once every 17.9 years.

While those numbers don't mean that a car crash is inevitable, it does mean that it can be an unavoidable risk when spending time behind the wheel — and an expensive one at that. That's why it's crucial to have an accurate account of the crash.

While many people turn to dashboard cameras for recording purposes, your car likely has a secret asset that you may not be aware of: an event data recorder, also known as a black box.

"A black box is a computer in your car, and it can be used for diagnostic purposes in newer cars — by newer, probably within the last 10 years," explained Forest Horne, a partner and attorney at Raleigh-based law firm Martin & Jones. "For purposes of what I'd call accident analysis or accident reconstruction, all of these boxes record speeds, increases in speeds, decrease in speeds, braking, the time between braking, if the vehicle has been impacted — all sorts of information that we can utilize."

Oftentimes, car crashes can devolve into he-said-she-said situations, especially when there are no third-party witnesses. The last thing either driver involved wants is to admit fault, since that typically means covering the damages for both yourself and the other party involved, depending on your state's laws.

In North Carolina, for example, if a driver's actions contributed in any way to the crash, they forfeit eligibility for compensation.

For Horne, he's seen the usefulness of black-box data first hand, especially with regard to North Carolina's fault laws.

"We had a case recently involving a woman who was going to work early in the morning and a truck ran a red light, then attempted to blame it on her, claiming that he had the right of way," Horne explained. "The good thing about getting us involved early in that case is we were able to get the computer downloads on her car and the truck before they were repaired, and then also obtain pictures."

Horne continued, "What we were able to prove, with physical evidence, is that his version of the events was untrue. If we had been contacted six months later, the computer on the truck would probably have been reset when it was repaired. Her car: the same thing. There was an allegation that she was going 55; and she was going less than 35. When people wait, evidence disappears and it makes the case much more difficult either to settle or prevail in front of a jury."

The process of obtaining black-box data is easier said than done.

According to Horne, there's a "chain of custody" for gathering black-box data that must be followed in order for the evidence to be considered credible. Since not just anyone can decipher the information, it has to be given to crash reconstruction experts and run through a computer program. The program is then able to translate the data and give it context in regard to the wreck.

It's also important to preserve any details about the vehicle's condition and location when the black box was taken — just another reason why time is of the essence.

"We have an expert that goes out and downloads data from black boxes, and he'll document when he went, what the condition of the vehicle was, the serial number on the vehicle, the identifying information on the black box, who was present, all that sort of information," Horne explained. "You and I couldn't decipher that information. It has to be run through a computer program that these accident reconstruction experts have, but they are able to extract and translate the data, and then say where it came from and when it came from the black box."

A simple online search of a car's make, model and year will yield results as to whether or not that specific vehicle is equipped with a black box. For those with vehicles that aren't equipped with black boxes, it may be possible to install one depending on the make and model of the car.