How 2018 became Angela Merkel's swan song, and who will succeed her 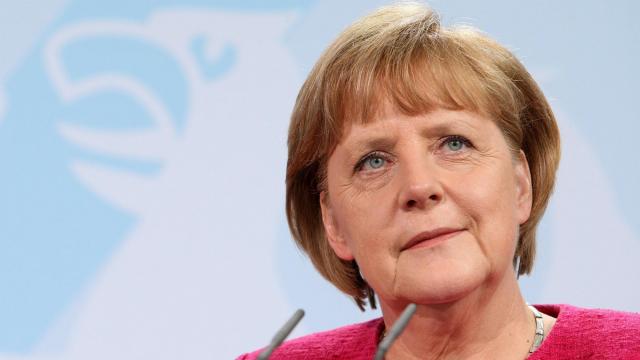 By Analysis by Atika Shubert, CNN

(CNN) — It has been a trying year for German Chancellor Angela Merkel.

In January, she was surveying the damage of a dismal general election and trying to build some kind of a workable coalition. She seemed to be digging in for a long political fight. But by October, Merkel -- arguably the most powerful woman in the world -- had announced this would be her last term in office.

This weekend, she will watch as her party, the Christian Democratic Union (CDU), meets to elect a new chairperson after nearly two decades under her leadership.

So, how did 2018 become the year of Merkel's swan song? And who will succeed her?

Voters flee to the fringes

This was the year that finally wore the indomitable Merkel down. First, there were the public spats with members of her own cabinet. Interior Minister Horst Seehofer clashed with Merkel repeatedly on immigration, harking back to her 2015 decision to allow more than a million refugees into Germany.

Then, in August, Germany was stunned as right-wing extremists hijacked public anger over the killing of a man in Chemnitz in the east of the country. Young men were photographed giving brazen Nazi salutes next to protesters railing against Merkel's migration policy.

However, the final blow was the combined result of regional elections in Bavaria and Hesse, which showed that normally centrist voters were fleeing to the fringes, whether to the left-wing Greens or to the far-right Alternative for Germany (AfD).

It was clear that the CDU could not win with Merkel in charge. So, ever the pragmatist, Merkel took control of her own exit from power.

"This is a leader who stayed past her time," Thomas Kleine-Brockhoff, of think tank the German Marshall Fund, told CNN.

"But the rejuvenation of leadership, first on the domestic front, is necessary and it is happening. What we are seeing now is a relatively controlled transition process and she is steering that responsibly," he added.

On Friday, CDU members will vote on a new leader from three candidates who have been campaigning to replace Merkel: party secretary and Merkel protégé, Annegret Kramp-Karrenbauer (better known by her nickname AKK); Friedrich Merz, an old Merkel rival and CDU stalwart who has returned to challenge her leadership; and Jens Spahn, the fresh-faced, ambitious health minister, has also thrown his hat into the ring.

Kramp-Karrenbauer is often portrayed as a "mini Merkel," following the Chancellor's leadership path, first as Saarland's regional premier then party secretary, appointed by Merkel. The two are similar in style: soft-spoken but determined and pragmatic with a proven track record of finding political solutions.

Rather than outlining her own party vision, AKK went on a "listening tour" across 16 German states, talking to voters and party members. The tour included an overseas excursion to the US to visit White House officials and a BMW plant. That strategy may win her support among CDU members who want the familiar stability of Merkel but may alienate voters who want something new and different.

Merz, on the other hand, is a bold speaker with his own heavyweight backers, such as Bundestag President and CDU elder Wolfgang Schäuble. He has promised to "halve" the number the of voters leaking to the far-right AfD by talking tough on immigration. On the campaign trail, he even seemed to question the right to asylum, but quickly corrected himself.

Merz has also advocated for greater European Union integration, embracing the eurozone reforms of French President Emmanuel Macron. But while he talks big, Merz has been missing from the political scene for some time. Once the CDU's parliament leader, he was sidelined by Merkel in 2002 and he left politics in 2009 to work with BlackRock, the world's biggest asset management company.

Then there's Jens Spahn -- the dark-horse candidate. He made a name for himself as an outspoken critic of Merkel, particularly on immigration, but some CDU members consider him still too young, at 38, and inexperienced to become party leader.

Either way, for German politics watchers, the leadership contest is a much-needed shot in the arm for the country to set a new course beyond the Merkel era.

"We are seeing a great contest. Any one of them could be in the cabinet of the other," said Kleine-Brockhoff.

"The last service Merkel can do for her party and country is to create an orderly transfer of power that creates stability, not chaos."