House will take up short-term GenX measures next week 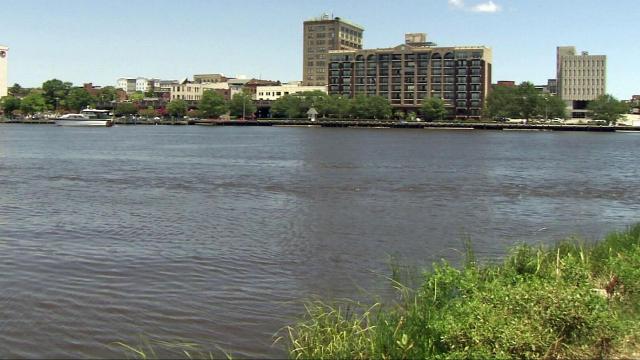 Raleigh, N.C. — A House committee formed in the wake of GenX contamination in the Cape Fear River greenlighted a series of "short-term measures" Thursday that would require state regulators to study and share data on emerging contaminants.

The three-page bill includes no additional funding for the Department of Environmental Quality or the Department of Health and Human Services, a fact committee Chairman Rep. Ted Davis acknowledged at the start of the meeting. The substance of the legislation, Davis said, was broadly supported by state agencies, environmental groups and municipalities and designed to quickly pass both chambers of the legislature when they meet for a one- or two-day special session next week.

"I thought it was important to show people that the House of Representatives is serious about doing something palatable for the Senate and the House to act on in this small window," said Davis, R-New Hanover.

GenX, an unregulated and largely unstudied chemical used in the production of Teflon and other industrial processes, is just one of a number of so-called emerging contaminants with unclear health effects discovered in drinking water sources across the state.

The bill gives DEQ until April to produce studies on the agency's backlogged wastewater permitting program and the process for notifying regulators and the public when pollutants are released. The agency would also be required to share data on emerging water contaminants with neighboring states.

Other parts of the bill require DHHS to consult with the state Science Advisory Board on health goals for new contaminants and order the School of Government at the University of North Carolina at Chapel Hill to study civil fines for water utilities that distribute polluted drinking water.

Rep. Jimmy Dixon, R-Duplin, said the bill was a comprehensive attempt to do what previous administrations opted not to.

"I can't help but cry over spilled milk a little bit. It should have been done a decade ago, but it fell on deaf ears," Dixon said. "The current Republican majority is doing what needs to be done."

But to most of the eight members of the public who showed up to at the meeting – held despite a winter storm that shut down much of the eastern part of the state – the bill wasn't enough.

"All this legislation does is kick the can down the road for the foreseeable future," Matthew Starr, Upper Neuse Riverkeeper, told lawmakers.

Although some acknowledged the measure was a necessary first step, others took issue with the lack of funding, which they said saddled agencies already strained by budget cuts with more responsibilities. Mary Maclean Asbill, a senior attorney at the Southern Environmental Law Center, said the legislature could opt to talk about additional money for the issue during a special session Jan. 10, which lawmakers have hinted may stretch into another day at most.

"There is no reason this body cannot take the time next week to fully address this," Asbill said, adding that the SELC opposed the bill. "No one's giving a reason why it needs to be that short."

Davis told the committee Thursday that funding to deal with emerging contaminants is "still a work in progress" as members craft a proposal behind the scenes. Such a proposal may or may not be ready by Jan. 10, he said.

That means it might not make the agenda until lawmakers return in May for the regular 2018 session.

"I'm in no position at this point to tell you or anyone that 'X amount' is going to be done," Davis told his committee.

Speaking to reporters after the meeting, Republican House Speaker Tim Moore said his chamber supports more money for additional testing and monitoring, including for the purchase of high-resolution mass spectrometers, instruments that could allow regulators to do their own analysis of even minute water contaminants. They'll continue to examine that possibility as committees on the environment and appropriations meet in January.

"I don't expect at this point that we would take any formal action in the House, as far as a House session on it next week, because we do have the entire month to do it if we wanted to," said Moore, R-Cleveland. "So that would be the plan, but I do think allowing the committees to work on it and work through the details is a good thing."

Several committee members acknowledged that the short-term measure unanimously approved and sent to the House Thursday wasn't designed to solve problems with emerging contaminants like GenX. But they defended what they called a more cautious and deliberate approach.