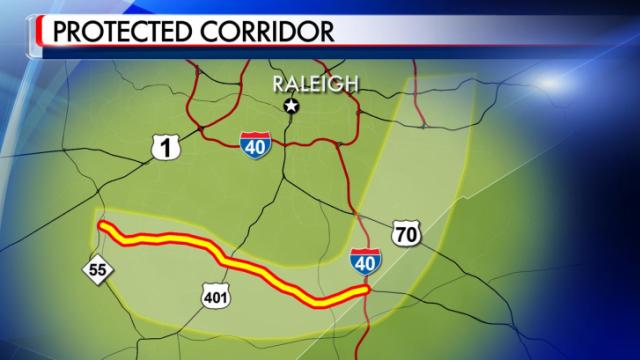 Raleigh, N.C. — The state House has voted 114-0 to curb transportation officials' ability to set aside land for new highways without paying for it.

A 1987 law known as the Map Act allows the Department of Transportation to draw corridors for future highways. Land that falls in that corridor is essentially frozen for new development and nearly impossible to sell.

"This bill may look short, but it's going to have a big impact on the people of North Carolina and respecting their property rights," Rep. Debra Conrad, R-Forsyth, told her colleagues.

In general, if the state wants to use a piece of private property in order to build a road, it must by that land at fair market value from the property owners. However, the state is not always ready to build right away. In years past, land speculators would rush to gobble up land in the path of new roadways in hopes of a big payoff from the state.

The Map Act was designed to curb those speculators by laying down a protected corridor.

"These property owners have little or no control over their property from that point on," Rep. Rayne Brown, R-Davidson, said during a Thursday morning committee meeting.

Brown said the state shouldn't save money at the expense of private citizens.

Earlier this year, the state Court of Appeals said that the Map Act allowed the state to illegally take private property and ruled that owners should be compensated. That ruling is now on appeal to the state Supreme Court.

The Map Act repeal bill, which now heads to the Senate, would require a state to come up with a new way to designate highway corridors.