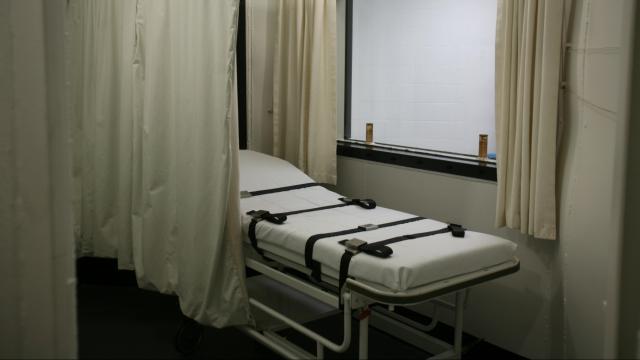 House lawmakers have given tentative removal to repeal the remaining sections of the state’s Racial Justice Act, the 2009 law that allows death row inmates to seek to have their sentences commuted to life without parole if they can prove that racial bias played a role in their death sentence.

Republican leaders repealed large portions of the law in 2012. Senate Bill 306 would repeal what’s left of the law, leaving in limbo scores of cases pending review under it.

“No one wants actual racial discrimination. What we don’t want also is for race to be used for a pretext – a pretext in order to stop the death penalty," he said in Tuesday's floor debate.

"We don’t need this Racial Justice Act," said Rep. Sarah Stevens, R-Surry. "It has created nothing but a delay in the system, a tremendous amount of cost."

Four former death row inmates have already had their sentences commuted under the law. Cumberland County Judge Gregory Weeks granted the motions after finding "overwhelming evidence" that the state's judicial system is biased, especially in the area of jury selection, where  studies have found qualified black jurors to be more than two and a half times more likely than white jurors to be stricken from the pool.

Rep. Rick Glazier, D-Cumberland, was one of the law's original backers. He said to repeal it after its merit has been proven is equivalent to legislative malpractice.

"We remain imprisoned by the past as long as we continue to deny its existence," said Glazier. "We simply bury the evidence."

Other Democrats cited the names of former death row inmates who were exonerated after judges found they were wrongfully convicted. "The justice system is comprised of human beings, and human beings aren’t perfect," said Rep. Alma Adams, D-Guilford.

Republicans responded with the names of victims who were killed by death row inmates, arguing that repealing the Racial Justice Act would allow "swift and sure" justice for those victims' families.

Rep. Leo Daughtry, R-Johnston, said he doesn't believe the current judicial system is inherently racially biased. “I think our court system is the finest in the world," he said. "This debate is not about racial discrimination. It never has been. It’s about the death penalty."

"It's unfortunate that you haven't walked in my shoes or the shoes of any other black person in this state when you were convicted because you were black," replied Rep. Mickey Michaux, D-Durham. "There should be no prejudice of any kind in the picking of a jury that’s going to impact your life or anybody else’s life."

"We might not like to talk about it, but racism is alive, it's well, and it’s real," agreed Rep. Alma Adams, D-Guilford. "Let’s not undo the good that we did."

The bill also protects medical professionals who take part in executions from sanctions by their governing bodies, and requires the Attorney General to deliver regular status updates on pending executions to the General Assembly.

The House tentatively approved the repeal 77-40, with one Democrat, Bladen Rep. Bill Brisson, voting with the Republican majority in favor. The bill needs one more House vote Wednesday before it's sent back to the Senate for final approval.