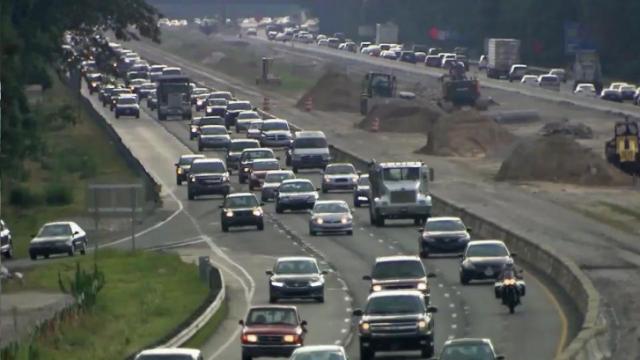 Raleigh, N.C. — North Carolina voters would get to weigh in on whether the state should borrow $2.85 billion for roads, buildings and other infrastructure under a bill the House tentatively approved 79-30 on Wednesday.

A second vote is scheduled for Thursday, which would move the bill to the Senate.

"We are at a point where the interest rates are low and our ability to borrow is very, very good," Rep. Dean Arp, R-Union, said.

The measure is essentially a revamped version of Gov. Pat McCrory's Connect NC bond package. The House bill is designed to work in concert with a change in how the state pays for certain road-related items that would free up roughly $1.3 billion over the next few years for roads.

"The governor is very supportive of what the House is doing," Lee Roberts, McCrory's budget director, said Tuesday.

Senators have been less keen, saying that they are willing to look at borrowing for state buildings and education projects but unwilling to go into debt for roads when there is a ready source of funding at hand. Specifically, they have proposed ending the practice of using Highway Fund money generated by gas taxes for non-construction expenses related to roads, such as State Highway Patrol troopers.

The House plan calls for a combination of the Senate's approach but does set aside $400 million of the proposed borrowing for projects that are "shovel ready" because they have cleared needed environmental reviews.

In the House, opposition to the bond bill Wednesday came from a mix of liberal lawmakers, who say the measure was being rushed and did not serve poor counties well, and hard-line fiscal conservatives, who argued the state should do away with its debt rather than borrow more.

"I kind of like the thought of being debt free," Rep. Mark Brody, R-Union, told his colleagues.

Brody added that the House had already passed its version of the budget that didn't include any of the big capital items the bonds would pay for.

"I don't want to be another stereotypical politician who sees a pile of money and just has to spend it," he said.

But other lawmakers pushed back, saying that the voters would get to decide whether to borrow money at historically low interest rates in order to pay for long-delayed repairs to state buildings, local schools and other needs across the state.

"If you're going to grow, you have to take on debt," said Rep. Ken Goodman, D-Richmond.

In addition to the bond bill itself, a side battle erupted over the controversial project to build new lanes on Interstate 77 near Charlotte using a public-private partnership that would toll drivers.

"We were told there were absolutely no other funding sources" other than tolls, Rep. John Bradford III, R-Mecklenburg, said.

Local politicians over the past few years, he said, were forced to choose between doing nothing and agreeing to tolls.

But the bond package, Bradford argued, showed there was another way to pay for the lane expansion.

"The possibility and viability of a funding alternative is real, and yet the communities along this corridor are boxed into a decision," he said.

Bradford's amendment to take toll money to use for the I-77 expansion was ruled out of order by House Speaker Tim Moore. Two other attempts to restrict how bond funds might be used for projects related to toll roads were voted down.

House Minority Leader Larry Hall said he plans to offer several amendments to the bill on Thursday, including one that would put money toward helping communities hold on to military bases.