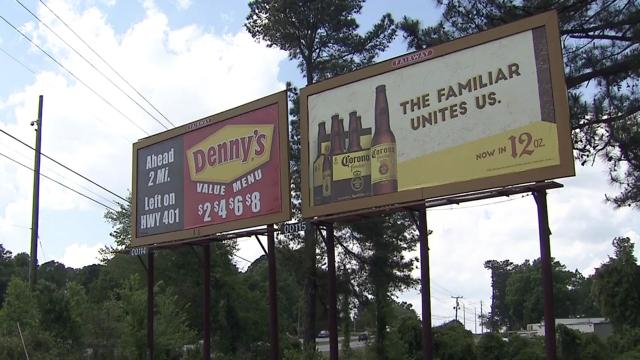 Raleigh, N.C. — In a sudden defeat for a leading House member, the chamber on Monday defeated a proposal to loosen restrictions on billboards.

Rep. David Lewis, R-Harnett, chairman of the powerful Rules Committee, had worked for months to craft a proposal he said would benefit the outdoor advertising industry while allaying concerns of local governments and environmentalists. But the House trashed House Bill 581 by a 49-66 vote, surprising even House Speaker Tim Moore, who had ensured opponents that a thorough debate on the measure would be held Tuesday before a final vote.

The bill would have "drastically increased" local property taxes by allowing billboard owners to replace older signs with new digital ones, but it wouldn't have allowed signs in places such as Cary that don't currently permit them, Lewis said.

But Rep. Jay Adams, R-Catawba, called the "no new billboards" promise a hollow one, noting the bill would allow companies to put replacement billboards up in new locations.

"This is a corporate welfare bill," said Rep. Chuck McGrady, R-Henderson, arguing that the large-scale owners who can afford to replace older billboards would eventually buy out the smaller operators and take over their permitted inventory of signs.

Rep. Ted Davis, R-New Hanover, objected to allowing digital signs to replace older billboards, saying it would create "clutter" that could diminish the appeal of some communities.

Rep. John Torbett, R-Gaston, said such arguments were akin to trying to keep buggy whip makers in business at the advent of the automotive age.

"Anyone in this room understands what's coming," Torbett said of the growth of digital billboards.

Lewis amended the bill on the floor to delete a provision that would have made the changes retroactive to 2014 and to increase the minimum spacing between billboards along the roadside. Yet, the changes weren't enough to save the legislation.

"Successful economic development depends on the unique visions of local residents as represented by local elected officials," Scott Mooneyham, spokesman for the North Carolina League of Municipalities, said in a statement. "A one-size-fits-all solution regarding billboards clearly has the potential to disrupt those local visions, whether tourism towns generating commerce based on taking advantage of local natural resources or large cities seeking to lure major corporations based on amenities and aesthetics that help to establish a great quality of life for residents."