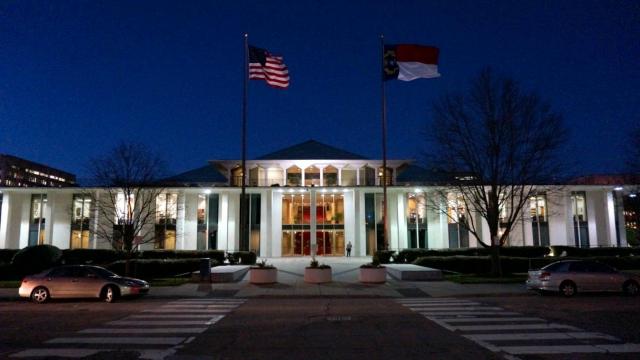 Bart Goodson's new title will be senior vice president for government affairs, and his salary $280,000 a year, according to UNC system spokesman Josh Ellis.

Goodson was Moore's chief of staff since 2017, and he was the speaker's general counsel for two years before that.

He'll be joining a government affairs staff that already features two state-level lobbyists for the UNC system and two others at the federal level, along with government liaisons for each of the system's 17 campuses and its health system.

Goodson's new job has been vacant since Kevin Howell left the UNC system for a position at North Carolina State University in 2018. When Howell had the job, it was a newly created one, The News & Observer reported at the time.

Goodson is the second chief of staff for Moore, R-Cleveland, to make a move to the university system. His predecessor, Clayton Somers, moved to UNC-Chapel Hill in 2017 for a newly created vice chancellorship there.

The speaker's office announced a couple of other position changes Wednesday, saying senior policy adviser Dan Gurley will be deputy chief of staff and also oversee transportation policy for the office.

Trafton Dinwiddie will take on a new role as policy adviser. He has been an intern and research assistant.

The UNC system's leadership is tied closely to General Assembly leadership. Lawmakers hold appointment power over every seat on the system's Board of Governors.