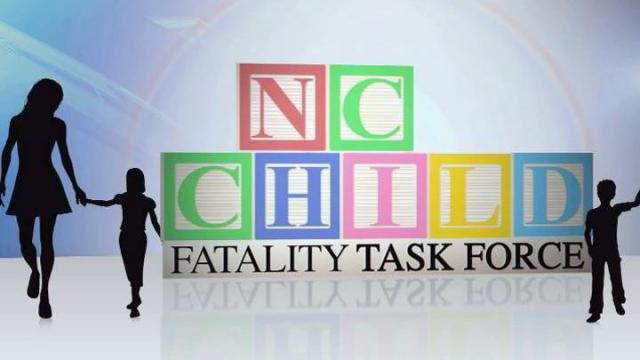 Raleigh, N.C. — The state House has saved for the time being the Child Fatality Task Force, a study group credited with lowering the childhood mortality rate in North Carolina by 32 percent of the past three decades.

A measure killing the commission on June 30, 2015, was included in the technical corrections bill, a 55-plus-page measure that covers dozens of topics. Although the bill mainly concerns itself with fixing statutory references and cleaning up drafting errors in state law, it also contains substantive measures such as the task force elimination.

Because the technical corrections bill was drafted by a group of House and Senate leaders working with central staff, the origin of any single provision is sometimes unclear.

"This just came forth like Aphrodite from the sea foam of the Aegean," Rep. Paul "Skip" Stam, R-Wake, told members on the House floor Friday, backing a move to preserve the task force.

On Thursday, when the measure was vetted by the House Rules Committee, Rep. Tim Moore, R-Cleveland, the committee chairman, said that the task force deletion was requested by the Senate. But House members and others who later investigated said they could not find a Senate member who would claim ownership of the move.

A measure killing the task force was part of the original House budget put forward in 2013, but lawmakers backed off that effort after an outcry from the medical community and others who say the committee has brought important policy decisions to the forefront.

Rep. Justin Burr, R-Stanly, who put forward the House budget provision, said he was surprised when the item appeared in the technical corrections bill and said he didn't know how it got into the measure.

Members of the task force said they were taken by surprise as well.

"We thought after last year that the legislature recognized and supported the work the task force did," said Karen McLeod, co-chairwoman of the group. "We had no idea this was coming up."

As the House debate approached, McLeod said, several members from both parties expressed their surprise that an effort to kill the task force had resurfaced.

Operating with one staff member, the task force studies the causes of death and injury in young people and recommends policy changes to prevent those events. The group has proposed laws that are now in effect dealing with child safety seats, requiring smoke detectors in rental units and curbing child abuse.

No House member spoke against the amendment, although four did vote in favor of deleting the task force. They were Reps. Robert Brawley, R-Iredell, James Langdon, R-Johnston, Tim Moore, R-Cleveland, and Rep. Edgar Starnes, R-Caldwell.

The overall technical corrections bill received initial approval on a 60-39 vote, although members were wrangling Friday afternoon over whether to complete their work on the measure Friday or return Saturday for a final vote. After it clears the House, it will go to the Senate for review and approval there.

The technical corrections bill is one of the last measures the legislature will take up before ending its summer session. Although a routine and expected part of the process, the measure drew objections even from some Republicans, whose party controls the chamber.

"If this is proper legislative procedure, then I think we need to change the procedure," Rep. Michael Speciale, R-Craven, said.

He and others said too many provisions were crammed into the bill.

Rep. John Blust, R-Guilford, noted that the state constitution guarantees the people of the state the right to "instruct their representatives" on matters of import. But when a technical corrections bill like this moves quickly carrying so many topics, he said, it's hard even for lawmakers to keep up.

"When we move too fast, when we do things in a comprehensive way that all the provisions can't be looked at with the proper deliberation, we are taking away from those people the right to instruct their representatives," Blust said.

He went on to note that many representatives have been told that bills not already through much of the legislative process would have to wait until 2015. But the current budget corrections bill includes several items, including additional funding to keep a manufacturing plant in western North Carolina, that have been standalone bills but haven't cleared one chamber or the other.

"Why is there one process for some people and some entities and a different process for others?" Blust asked.

Debate over the bill was sometimes hard to follow itself. For example, Rep. Susi Hamilton, R-New Hanover, pushed an amendment that would allow the State Board of Education to more closely govern the contracts of virtual charter schools. As it was drafted by the House Rules Committee, the bill would remove the state's authority to define who may sit on the nonprofit boards governing such schools.

There are no virtual charters – schools that would provide most of their classes to students remotely – in the state now, but the State Board of Education is studying the possibility of allowing two into the state.

"We would be best served by watching these more closely when they are in the pilot stage," Hamilton said.

But later in the debate, House leaders used a procedural motion to rescind that vote.

Moore said that several high-ranking members, including those working on a budget deal with the Senate, were out of the room when the Hamilton amendment came up.

"This is going to be an interesting vote," Michaux said. "Without leadership in here, you all voted for (the Hamilton amendment). Now that leadership came back in and said, 'We don't like it,' what are you going to do?"

Rep. Mitch Setzer, R-Catawba, who was chairing the meeting at the time, quipped, "I think we all know."

The Hamilton amendment was defeated 34-62.