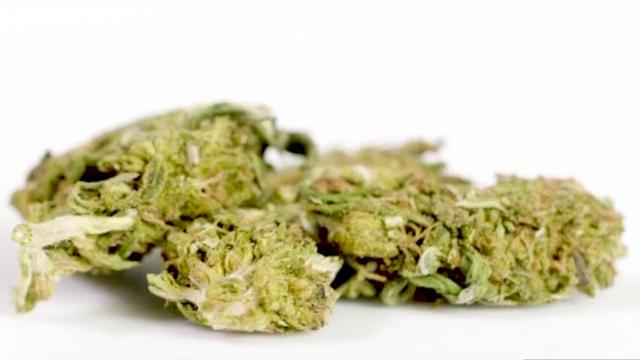 However, the version of Senate Bill 315 presented to the House Judiciary committee Wednesday was the original measure approved by the Senate, which allows the sale of smokable hemp until December 2020, while growers, law enforcement and industry experts work on finding compromise language to allow its sale indefinitely.

Dixon, appearing at the podium beside Senate sponsor Sen. Brent Jackson, R-Sampson, urged the committee to support the Senate version.

Smokable hemp and marijuana look and smell the same, but hemp contains only trace amounts of THC, the psychoactive compound in marijuana. Only a test can tell them apart.

The law enforcement community says both should be banned because, if they can't tell the difference, they can't claim to have probable cause to believe a law has been broken.

Advocates made the same arguments Wednesday. albeit with an air of resignation.

Fred Baggett, speaking for the North Carolina Association of Chiefs of Police, warned that their ability to enforce laws against marijuana "will be severely impeded unless and until smokable hemp is banned in North Carolina."

However, Baggett added, "We will live and do our best with whatever laws you give us."

"I ask you to embrace public safety over the money that can be made on this one product," Freeman told lawmakers.

Rep. Fred Brewer, D-Richmond, said the bill would likely result in an avalanche of marijuana test requests that could overwhelm the State Crime Lab.

"There’s not yet been a bill proposed in this committee or any other committee that would solve law enforcement's concerns with the bill," Dixon told a committee member. "The General Assembly does not have the ability to do that. This is obviously going to be solved in the courts."

Meanwhile, hemp growers spoke in favor of the Senate version.

"We are not growing an illegal crop," agreed Hempstar Farms owner Randy Gray. "We don’t need our state to step in and knock the blocks out from under us."

"We will continue to work with law enforcement," Jackson assured the House committee. "We want to do the right thing, but we do not want to cut a budding industry off at the knees before it gets started."

Several members of the committee quizzed Dixon on the changes to the bill and his support of it.

"I may have just missed the memo," said Rep. Chuck McGrady, R-Henderson, "but at some point, I'd love some explanation on why the Ag committee chair is now taking a different position than the position he took."

"It’s also not the bill that we passed out of Finance," added Rep. Brandon Lofton, D-Mecklenburg. "This completely undoes all the work that’s been done by the previous two committees."

"The House, yes, made adjustments to the Senate bill when we had it in Ag. But as frequently happens, those positions change over time," Dixon replied. "The process that we go through up here is what it is."