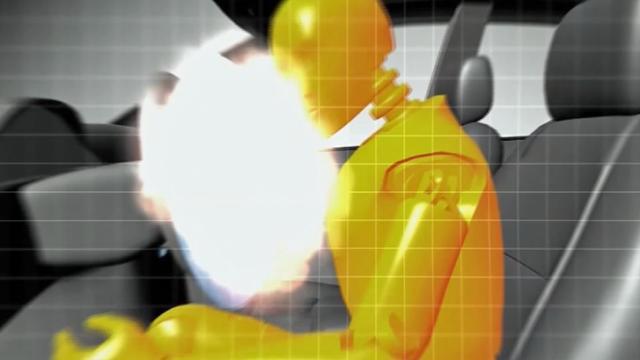 Raleigh, N.C. — House lawmakers voted Tuesday night to make it a crime for anyone to knowingly import, sell or install counterfeit or nonfunctional airbags in North Carolina, citing the threat that substandard safety devices posed in an accident.

A counterfeit airbag is one packaged to look like the manufacturer's original even though it is a knock-off that doesn't work as well.

"You can't buy these at a NAPA (auto parts store). ... You have to seek them out," said Jeffrey Runge, a former administrator of the National Transportation Safety Board, who said mechanics had been caught seeking out the cheaper airbags through eBay.

Speaking before the House Judiciary II committee Tuesday afternoon, Runge said counterfeit airbags are not able to react as quickly or in the same ways that a real airbag does, meaning drivers and passengers are at risk of serious injury in a collision.

In 2012, the Obama administration warned that tens of thousands of ineffective knock-off airbags had been installed in cars on the American roadways.

The North Carolina bill would make it a Class 2 misdemeanor to transfer a car when the seller knows a bad airbag has been installed, and the measure would make it a low-level felony to import, make, sell or install such an airbag.

Airbags, Runge said, have to function within milliseconds during a crash to deploy correctly, something the knock-off bags are incapable of doing. The federal government, he said, is not in a position to head off their import entirely.

"It's hard to believe it's not a crime in the state already," Brillhart said.

The measure faced little opposition during its committee hearing. But John Policastro, a lobbyist for the North Carolina Automobile Dealers Association, said his members wanted assurance that they would not be held liable if they inadvertently install a bad airbag or signed off on the inspection of a car that has one.

Members of the committee, including Rep. Rick Glazer, D-Cumberland, said that the bill already required that someone "knowingly" transferred a car or installed an bad airbag. The measure next heads to the House floor.