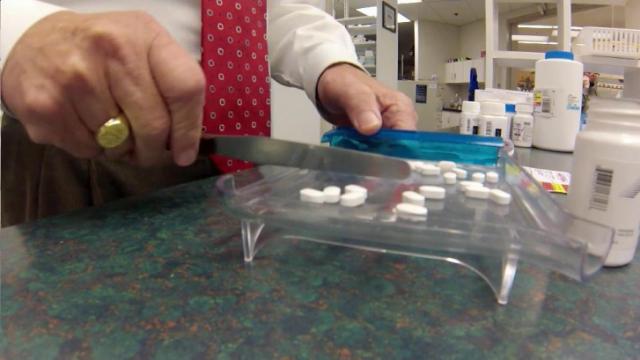 Raleigh, N.C. — North Carolina would join the growing list of states to prescribe how pharmacists may substitute "biosimilar interchangeables" for complex medications if a bill given preliminary approval in the House on Wednesday becomes law.

Most people are familiar with generic medications, chemical copies of name brand drugs that are cheaper.

Biological drugs are harder to copy. Their molecules are bigger, and they're typically produced using living organisms, such as bacteria, to produce the medication. Rather than being exact copies, biosimilars carry out the same functions but are not chemically identical. They have been used in Europe since 2006, but the United States did not begin paving the way for their use until the Affordable Care Act passed in 2010.

"Biosimilar interchangeables" are so close to the original drug that they are considered functionally the same.

"We allow generics to be substituted for brand name drugs, and obviously, those generics have saved patients and health plans billions of dollars over the years," said Rep. Nelson Dollar, R-Wake, one of the bill's primary sponsors. "We anticipate the same savings by allowing those biosimilars to be substituted."

House Bill 195 makes clear that pharmacists could substitute a biosimilar interchangeable with a doctor's permission. That's something that Jay Campbell, director of the North Carolina Board of Pharmacy, believes pharmacists could already do, but he said the legislation clarifies that situation.

The bill, similar versions of which have passed in 23 other states, also requires pharmacists to notify doctors when a substitution is made.

Pharmaceutical companies have insisted on that notification provision, Dollar told the committee. Proponents of the measure say it will ensure that doctors know all of the facts if a patient doesn't respond as well to the biosimilar interchangeable medication. Others point out that the notification could raise concerns by patients who are seeing less expensive, unfamiliar medications substituted.

As currently drafted, the bill would apply to biosimilar interchangeable substitutions for insulin used to treat diabetics,

Insko tried to amend the bill to get rid of the notification provision, but the House Health Committee rejected that change.

"My primary concern for keeping this regulation in has to do with patient safety," said Rep. Marilyn Avila, R-Wake, another of the bill's primary sponsors.

Sandoz, a North Carolina-based subsidiary of Novartis, makes the first biosimilar drug approved for use by U.S. patients by the U.S. Food and Drug Administration. The Sandoz drug Zarxio copies the effects of a drug made by Amgen, which is boosts white blood cells in patients receiving cancer treatments or who are being treated for HIV.