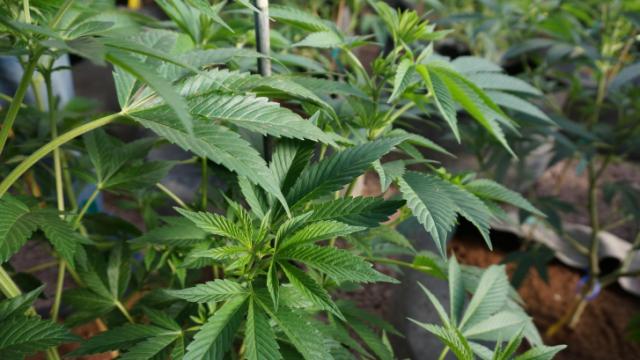 Raleigh, N.C. — Joseph Malinowski told the House Judiciary I Committee on Wednesday that he doesn't want to be a lawbreaker, but neither does he want to suffer with the aftermath of cancer or the symptoms of multiple sclerosis when medical marijuana can ease the pain.

"I spent 21 days in Harnett County jail, first time in my life I've ever been in any kind of trouble," Malinowski said. "But this helps me. I think it could help a lot more people."

Despite pleas from a number of people who testified that medical cannabis has helped treat either themselves or loved ones, the committee rejected legislation that would have legalized marijuana use for certain patients.

"That's ridiculous," the former network engineer said after he watched the committee quickly draw to a close. "Just for that, I'm willing to sell my house and move out of this state."

Nationwide, 23 states and the District of Columbia have legalized marijuana use in some form. Many allow for medical use, as the North Carolina would contemplate. However, the drug remains illegal under federal law and is a still a hot-button issue for social conservatives.

Fitzgerald was one of three speakers to urge rejection of the medical marijuana bill, all of them representing socially conservative groups that frequently lobby lawmakers on issues ranging from abortion to alcohol control to gay marriage.

During most debates in state House committees, a bill either passes with a favorable report or fails to meet that test. Even if it fails that vote, the issue is alive and can arise at other times.

The House Judiciary I Committee took the unusual step of issuing an "unfavorable report" on the bill. That has the effect of not only killing this particular piece of legislation but also blocking the House from considering any other measure that might carry a medical marijuana component. That motion passed on a voice vote. No member of the committee could be heard to vote against, and none challenged the ruling of the chairman, both indications that the vote was unanimous.

Two years ago, the House Rules Committee issued a similar unfavorable report on a medical marijuana bill, killing the issue for the 2013-14 session.

"They obviously don't represent us," said Jamie Hargitt, who spoke on behalf of her husband, a wounded Iraq veteran who suffers from Parkinson's disease as result of chemical exposure. "They wouldn't even consider it or listen to anything we said."

Hargitt is an organizer of NC RAMP, North Carolina Republicans Against Marijuana Prohibition. Like many who spoke Wednesday, she appealed to committee members to support veterans suffering from brain injuries and appealed to their faith.

"If it's a plant that grows naturally, God gave it to us. It's obviously not bad," she said.

Bill sponsors tried to drive home that their bill was not about the stereotypical dope-smoking users featured in "Harold and Kumar" movies.

Both sides of the debate leaned on conflicting reports and scientific studies.

"The concept of medical marijuana essentially violates every sensibility of the way people in our country believe medication ought to be approved and dispensed," said the Rev. Mark Creech, director of the Christian Action League. "Testimonials are not science. Emotions, or even compassion, don't trump wisdom."

Passions high at the end of the meeting

No lawmakers on the committee spoke for or against the bill during the meeting. Rather, they simply voted and quickly left the room.

That sparked a rumble of discontent after the meeting and one of the bill's supporters was accused of punching Rep. Dean Arp, R-Union, in the back.

According to General Assembly Police, that individual was briefly detained but no charges were filed.

"There was a lot of passionate debate on the issue," Arp said when asked about the incident. The lawmakers said he had received a note of apology and considered the incident "resolved."

It was Arp who made the motion for an unfavorable report. Hours after the meeting Arp said he had concerns about workplace safety for jobs like construction.

"Obviously the stories are heart-wrenching," Arp said. But, he said, the stories didn't sway him. "I don't think it's appropriate," Arp said of the bill.