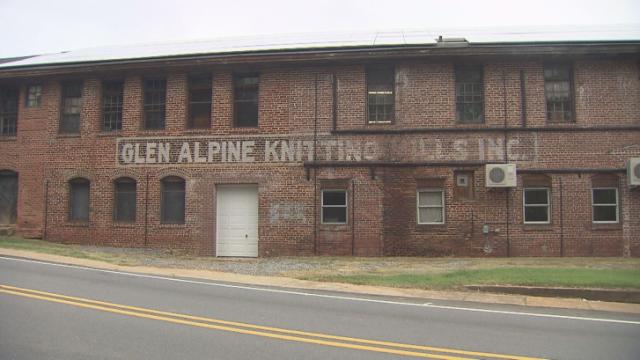 Senate Bill 763 contains a grab-bag of tweaks to state tax laws, many that clarify existing language in the tax code.

The historic tax credit program was part of Gov. Pat McCrory's budget and was included in the budget put forward by state House lawmakers. However, it was left out of the compromise budget plan that is due to be officially filed late Wednesday.

"Every county and every town in the state benefits from this," Rep. David Lewis, R-Harnett, said Wednesday.

To qualify for the credit, the structure in question must have been used for manufacturing, a warehouse for agricultural products or as a utility. Many such structures are in the middle of downtown areas and can be reused, but their owners need help jump-starting expensive renovation work.

Lewis' amendment would extend the rehabilitation credit program through 2020, scale back the cost of the program and give the Department of Cultural Resources more stringent oversight responsibilities.

Local government officials have lobbied for the tax credit program, which they argue saves the state money by injecting new life in dilapidated structures.

"The return on investment has been extremely strong for the historic rehabilitation tax credit," said Rep. Nelson Dollar, R-Wake.

However, the move is not without controversy. In 2013, lawmakers passed a sweeping overhaul of the state's tax system with the aim of lowering rates and ensuring a simpler tax code.

"What we're seeing now is the death of tax reform," Starnes said.

The bill next heads to the House floor and then, presumably back to the Senate, where its fate is uncertain.