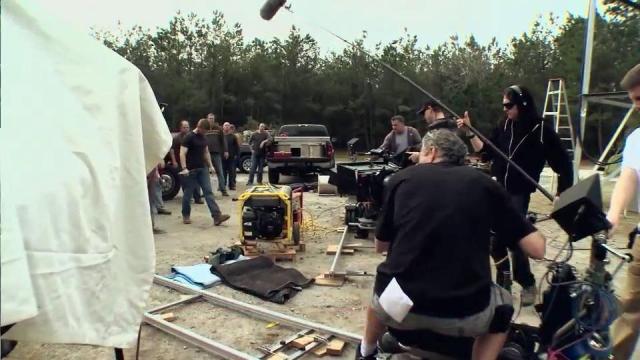 Raleigh, N.C. — A House budget proposal released Thursday would drop $31 million out of the state's film incentive grants program, zeroing out the initiative's new funding for the coming year.

That could change as the General Assembly hammers out a $24 billion budget. House Speaker Tim Moore said Thursday afternoon that the issue is "in flux."

May 11 update: The $31 million was put back into the budget before it passed the House. That budget is before the N.C. Senate now.

Rep. Ted Davis, R-New Hanover, whose Wilmington district is a hub for movie and television work, said he expects the money to be back into the budget before all is said and done.

But for now, the House would delete a year's worth of funding for the grant program, at least partly because it has tens of millions in reserves that will let it continue investing in movies and television shows filmed in the state.

There is a significant difference in opinion, though, about how large the program's reserves really are.

House budget documents say the program has $67 million on hand. Davis said that's a misconception because much of that reserve is tied up in deals at various stages of negotiation.

Guy Gaster, director of the North Carolina Film Office, was out of the office Thursday. But his office email bounce-back tells prospective filmmakers that the program has more than $20 million available.

It also says the program "will have an additional $31M added as part of our new fiscal year in July."

That's money the House budget takes away for the coming year, shifting it to a number of other priorities and undoing, temporarily, a $31 million-a-year boost the General Assembly gave this program two years ago.

That $31 million would come back in the second year of the state budget, which takes effect July 1, 2020.

The House's budget recommendations are coming out in pieces, with most of them slated for release Friday.

House members will debate and tweak these proposals next week, and the state Senate will also have its say before a final budget is ready for Gov. Roy Cooper's signature or veto.

A few others items of note in House budget documents released Thursday: