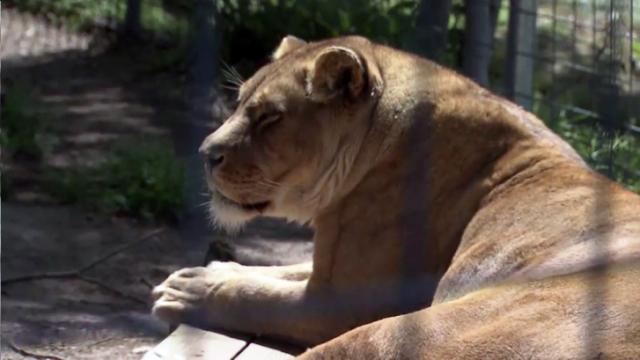 Raleigh, N.C. — It would be illegal to possess, breed or sell dangerous exotic animals under a bill the state House approved 80-32 in the early hours of Thursday morning.

The definition of "dangerous wild animal" would include large cats such as lions as well as hyenas, bears and wolves. Several categories of primates would also be included.

North Carolina is one of only six states that does not either ban or regulate the possession of such animals, according to Rep. Chuck McGrady, R-Henderson.

The measure provides exceptions for animal sanctuaries and grandfathers in exotic animals that people may already own.

"There's no expectation there will be any animals put down," McGrady said.

"We have had many calls about the small monkeys and really need to do something about it," Rep. Pat Hurley, R-Randolph, said.

Hurley put forward an amendment that carved out "all species of marmosets, capuchin monkeys, lemurs, and loris," which was added to the bill.

The measure now goes to the Senate for consideration.