House approves bill to save dogs in hot cars 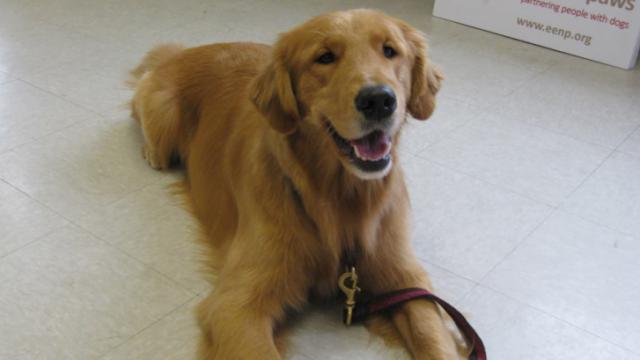 Raleigh, N.C. — The state House gave tentative approval Wednesday to a provision that would allow emergency responders to break into a hot car to rescue an animal.

The proposal was an amendment by Rep. Pricey Harrison, D-Guilford, to Senate Bill 626, an agency bill clarifying the state's animal welfare and sheltering laws.

Harrison said state law doesn't clearly allow or disallow first responders or emergency personnel from breaking into a vehicle to rescue an animal in distress. Some localities have passed ordinances to that effect, but she said responders in other places aren't sure what legal authority they have in such a situation.

The amendment clarifies existing law to say that law enforcement officers, firefighters or rescue squad workers, as well as animal control officers, can enter a vehicle "by any reasonable means under the circumstances"  if the responder "has probable cause to believe that an animal is confined in a motor vehicle under conditions that are likely to cause suffering, injury, or death to the animal due to heat, cold, lack of adequate ventilation, or under other endangering conditions."

Responders are required to first make "a reasonable effort to locate the owner or other person responsible for the animal."

The provision does not apply to "horses, cattle, sheep, swine, poultry, or other livestock."

Harrison and other supporters referenced the recent deaths of several dogs left locked in hot cars this summer, including a service dog who died last month in Chapel Hill.

Rep. Jason Saine, R-Lincoln, said the amendment "makes more sense out of the law, so first responders can respond."

The amendment passed 99-2, and the bill itself passed its first reading, 98-1. After a final House vote Thursday, it returns to the Senate for concurrence. Harrison said Senate sponsors are in agreement with the addition.