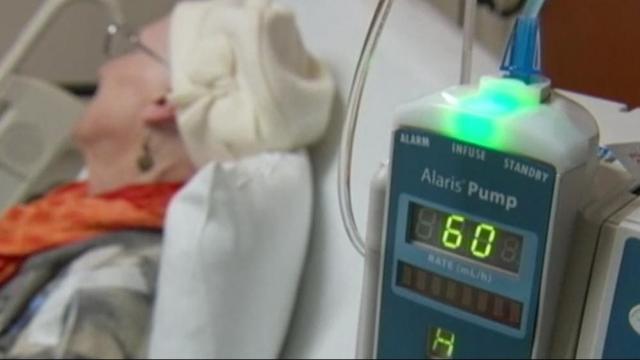 Raleigh, N.C. — After years of discussion, North Carolina could become one of more than 40 states to require insurers to cover oral chemotherapy the same way they cover injected chemotherapy.

By a nearly unanimous vote, the House approved the proposal Monday night. But it could face trouble in the state Senate.

Supporters say it will help patients taking oral regimens who currently must cover out-of-pocket costs soaring to thousands of dollars.

In the past, most chemotherapy drugs were administered via injection or intravenous drip at a doctor's office or hospital. Most health insurers consider that a medical procedure, which generally means less out-of-pocket cost to the patient.

In recent years, though, many newer cancer drugs are taken orally as a pill. The patient can take them at home without returning to the office or hospital. Many insurers cover these new chemotherapy drugs as prescriptions, not procedures, and patients often have very high co-pays for them.

A requirement added by House leaders to a health omnibus bill, Senate Bill 361, would require insurers to cover both types of chemotherapy equally.

Insurers warn the change could increase costs and lead to higher premiums. But advocates say the current system forces less-wealthy patients to choose older or less effective IV treatments for which they have to return to a doctor's office.

Every session since 2013, the House has passed a similar measure, and every session, the Senate has refused to consider it.

The measure still needs to pass a final Senate vote before it heads to the desk of Gov. Roy Cooper.