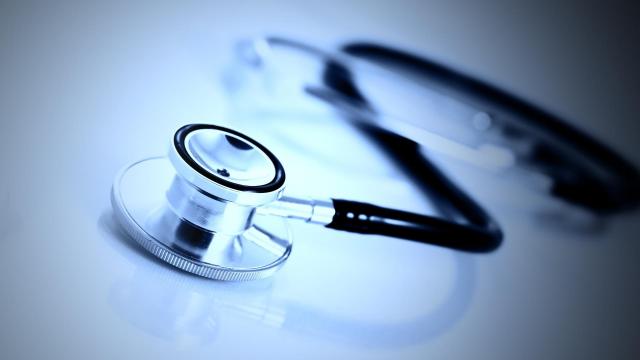 Raleigh, N.C. — The state's largest hospital system tried to repeal state code holding it back on expansions by dropping a couple of sentences last week into a 40-page bill otherwise meant for changes to state insurance regulations.

It's not clear what Atrium, formerly known as Carolinas HealthCare System, plans to do if it gets the change.

Novant, another large hospital system based in Winston-Salem, dispatched its general counsel, Pete Brunstetter, a former state senator, to Raleigh in a successful effort to beat back the change. Senate Commerce and Insurance Committee Chairman Rick Gunn, R-Alamance, said the vote went Novant's way even though the votes in favor of the amendment rang out louder in the committee room.

Senate rules don't allow for roll call votes, leaving the chairman the discretion to determine whether a measure is voted up or down.

Atrium is organized as a hospital authority, as opposed to a nonprofit or for-profit company. It wants to remove a requirement from state code that limits a hospital authority's ability to expand outside a boundary 10 miles beyond its home county without permission from another hospital.

Being an authority comes with quasi-government powers, including eminent domain powers, the possibility of county funding and some anti-trust protections. Novant, a nonprofit, has said that, if the boundary language goes away, the authority format would be "a significant competitive advantage," allowing Atrium to purchase hospitals across North Carolina.

Atrium has offered a number of reasons for wanting the change, telling senators in committee it would boost rural health care by allowing expansion and that it could better serve patients who come to its Mecklenburg County emergency rooms from nearby regions.

Several attempts to arrange an interview with Atrium representatives were unsuccessful, though, and even legislators involved in talks on the amendment told WRAL News they don't fully understand the motivations behind it.

Update: After this story posted Atrium provided a statement saying that, as a safety net hospital, it treats emergency room patients from outside its boundaries and believes they would "be best served by Atrium Health being able to provide continual care in the counties where they live."

Sen. Trudy Wade, R-Guilford, who backed the amendment in committee, said this week that it's unclear what Atrium wants to do that it can't do now.

Sen. Ralph Hise, R-Mitchell, who chairs the Senate Health Care Committee, said the change would enable Atrium to bid on a state contract to manage Medicaid programs in a region close to it, part of a shift to managed care the state has been implementing for years in an effort to hold down taxpayer costs.

Hise said the change also fits his philosophy. "I personally believe that health care should be more of a competitive market," he said.

Lambeth said he believes the company can bid on the Medicaid contracts now.

"I don't see why they can't," he said. "I'm missing something on why they would have to have something changed."

Atrium has been on an expansion kick in recent years and went through extended merger talks with UNC Health Care before that effort fell through in March. In the midst of those talks, it announced plans to partner with Navicent, a hospital system in Georgia, and changed its name from Carolinas HealthCare to better reflect its growth.

"They are nothing if not ambitious," said Barak Richman, a Duke University professor who studies health care policy.

Wade said this week that discussions have continued on the boundary amendment, which was also discussed during last year's legislative session. If an agreement isn't reached, it likely would come up again next year, she said.

Legislative leaders have said they hope to wrap up voting on bills with statewide import by the end of this week. Novant has argued that the matter needs extended vetting and never belonged in House Bill 382, which is a Department of Insurance omnibus.

"This provision ... is much more significant than represented," Brunstetter told his former colleagues last week. "This is not a technical correction to an insurance bill."