Out in the woods along the banks of the Eno River, you may be surprised to find the remains of a speedway owned by the king of NASCAR himself: Daytona Beach's Bill France, Sr.

The Historic Occoneechee Speedway is the last remaining dirt speedway from NASCAR's inaugural 1949 season. The one-mile, oval speedway was active for 20 years, and the overgrown, faded concrete stands that still remain today were once filled with tens of thousands of cheering fans. Rusted race cars can still be found on the hiking trails by the speedway, frozen in time, from an era when stock car drivers roared around the track. 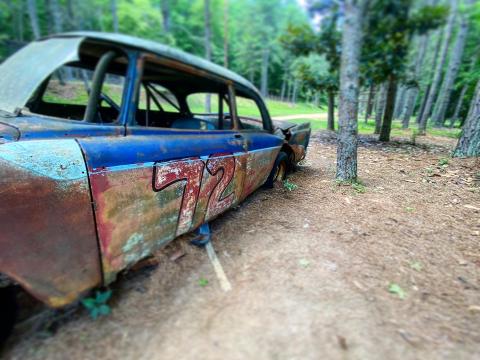 Legends like Fireball Roberts, Richard Petty, Ned Jarrett, Louise Smith and Junior Johnson once spent their Sundays competing in the “Strictly Stock” and Grand National series, according to the Eno River's website.

In the 50 or more years since the track closed, the speedway's remains have become overgrown and heavily forested with decades of tree and plant growth. 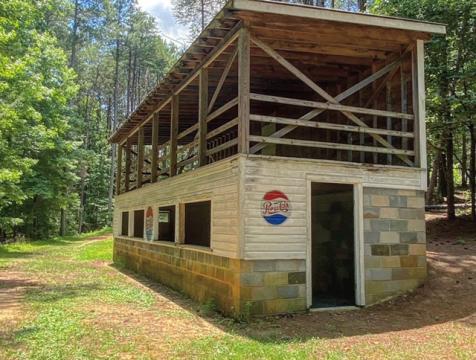 It began as a track for the 'sport of kings'

Long before France sought to bring NASCAR to central North Carolina, this land was being used for racing. Before roaring engines and fiery crashes, this track had horse races.

The land was previously owned by Julian Carr, for whom the nearby Carrboro was named. 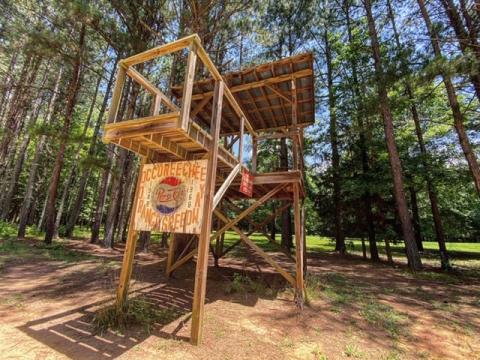 According to Orange NC History, "The Occoneechee Speedway occupies the land that was once the property of James Hogg, one of the original trustees of the University of North Carolina."

One of the homes Hogg built on his land was Poplar Hill, which was purchased by Carr in the 1890s. He renamed it Occoneechee Farm – after the Occaneechi tribe who formerly occupied the area – and built a horse track on the property.

Decades later, France would find that dirt horse track an alluring opportunity to expand NASCAR into the Hillsborough area – and across the state. 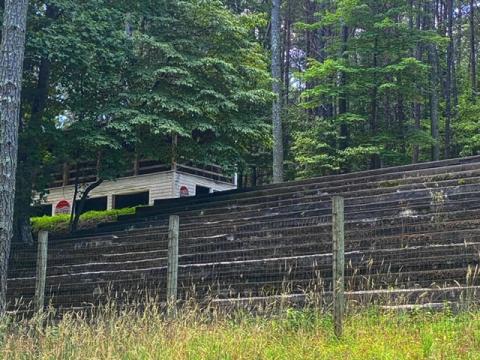 NASCAR spread like wildfire across the state, with tracks popping up in Raleigh, Winston-Salem, Wilkesboro, Rockingham and other cities. However, many of these speedways eventually closed, leaving oval-shaped footprints of abandoned speedways dotting North Carolina.

The Raleigh Speedway, also owned by France, was once a popular NASCAR track right off Atlantic Avenue in Raleigh. However, as the city grew, neighborhoods near the speedway complained of noise. Plus, city officials never allowed France to race on Sundays – a final nail in the coffin for the Raleigh Speedway, which now has trees growing through the asphalt.

The Occoneechee Speedway also succumbed to the pressures of local officials, who passed moral judgement on those who chose to gather at NASCAR races on Sundays instead of attending church. A local publication called Chapelboro wrote, "Races were held on Sundays, which prompted resistance from local grassroots organizations founded in churches and bible studies. That opposition eventually swelled enough to shutter the track, and the final race at Occoneechee was held on September 15, 1968. Of course, the checkered flag was taken by none other than Richard Petty." 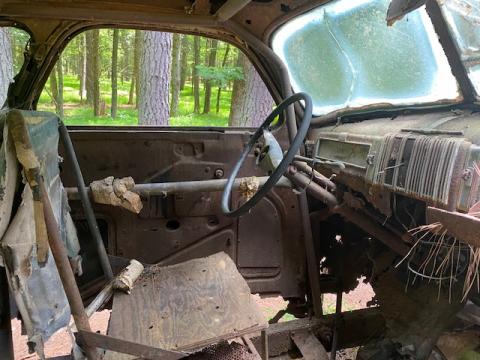 Even today, hikers, historians and adventurers can visit the remains of the speedway, which is part of the Eno River's miles of hiking trails – which harbor many other abandoned, historic secrets.

Curious onlookers can peek inside rusted out cars, see the roll cages and classic steering wheels and leather seats inside. They can sit on the old stands, overgrown with weeds, and stare down at the dirt track beneath. Most of all, they can walk around the oval track, following in the footsteps of NASCAR legends and North Carolina history itself.

If you have a piece of local history you'd like to see explored, email hleah@wral.com with your ideas!

If you want to explore more abandoned places, check out the remains of the Raleigh Speedway and how it looks today.

If you'd like to find a summer hike that includes forgotten pieces of history, there's an abandoned piece of Highway 98 that runs through the woods around Falls Lake. There's also an abandoned water pump station on the banks of the Eno River.