Hope Mills, N.C. — Stephanie Bonneau will never forget the day gunfire erupted in the woods behind her home in Hope Mills.

"I throw myself on the ground sometimes with the baby," she said. "When it's really bad, when they're close, I don't know what to do sometimes."

She said one of the bullets nearly struck her 5-year-old daughter.

"She was doing cartwheels. At that moment, she decided to sit down on the side of her bed, and the bullet hit about 5 feet away from her," she said.

The bullet went through one wall and out the other, Bonneau said. 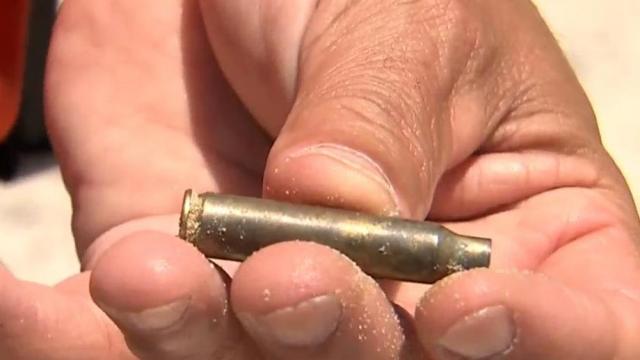 Several residents in homes off Golfview Drive said stray bullets coming from nearby woods are hitting their homes.

When residents hear the sound of gunfire, they normally call the Hope Mills Police Department. When they call, the department claims that the gunfire is coming from an area outside its jurisdiction.

A spokesperson with the Cumberland County Sheriff's Office said they have jurisdiction over the forest.

Deputies have been back in the woods near Pringle Way several times, according to officials. There's a makeshift target practice range littered with shell casings in the forest.

"They're violating the law because they are within 200 yards of a dwelling," Sgt. Patrice Bogerty said. 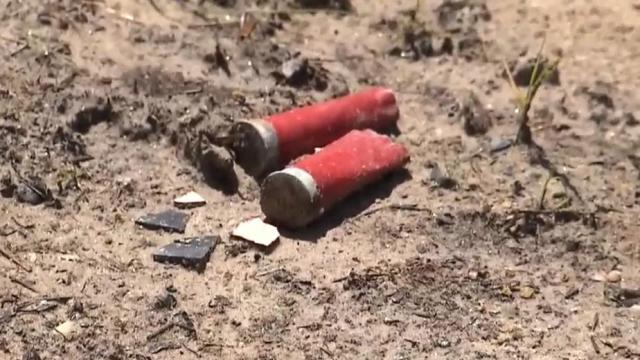 So far, there have been no reported injuries. No one has been arrested or charged in connection with the gunfire.

Homeowners say that they don't want to wait until someone is hurt before officials take action.

"I don't want them do something after somebody's been killed," homeowner Paul Marascia said. "I want them to take care of it beforehand. I feel like nobody has that sense of urgency because they're not having bullets being shot at their houses."

Hope Mills Police Chief Joel Acciardo said he understands the frustration residents are feeling, and he is working with the sheriff's office to put an end to the gunfire.