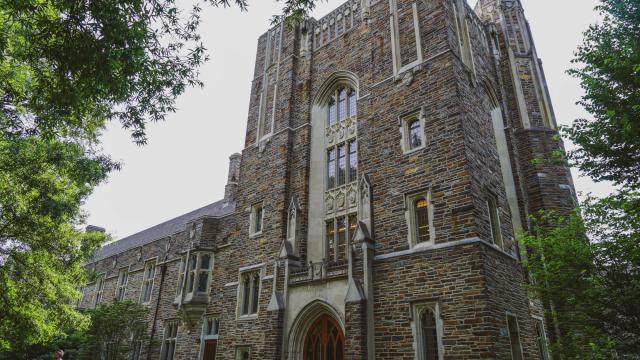 Durham, N.C. — Homophobic and anti-Black racist graffiti was found on Duke University's campus Monday, according to a letter sent to students.

The graffiti was found on the East Campus Bridge.

"These actions are cowardly and done to disparage our LBTQIA and people of color communities. This will not be tolerated on Duke's campus," said the letter to students.

Duke leaders said while they did not know if the people who painted the slurs were Duke students or staff, the graffiti was "a threat to the very core values" of the university.

The graffiti was removed later in the day by a Duke facilities employee, according to the letter.

Duke's Office of Student Conduct and Community Standards and Duke police are investigating the graffiti.

"If those who committed these acts are identified as members of the Duke community, our conduct process will be put into motion, including our hate and bias accelerator, which may increase the stringency of sanctions," said the letter to students.

This isn't the first time hateful messages have been found on Duke's campus. In 2018, a swastika was painted over a mural to honor victims of a Pittsburgh synagogue shooting on the East Campus Bridge.

In the letter sent to students on Monday, university leaders said there were resources for students who have been "subjected to repeated reminders that such attacks are still so prevalent in our society and may threaten them, their friends and family."

Resources for Duke students and staff include: