Holly Springs, N.C. — Family and friends came together Monday night to remember a teenager who died last week while crossing a busy road in Holly Springs.

Scout Undercoffer, 14, was walking across the northbound lanes of N.C. Highway 55 on Wednesday evening when he was struck and killed by an SUV.

A makeshift memorial has grown where Scout, an eighth-grader at Holly Grove Middle School, was killed, but hundreds of people at a vigil in his honor at Parrish Womble Park in Holly Springs chose to celebrate his life instead.

"He wanted everyone to know it’s OK to be yourself, and it sounded like he tried to reach out and he couldn’t do it on his own," said Imani Santiago, who attended the vigil. "He definitely was showing others the way he wanted to be treated. He definitely cared for a lot of people that were by themselves and had nobody to love, and he showed that he could be that person." 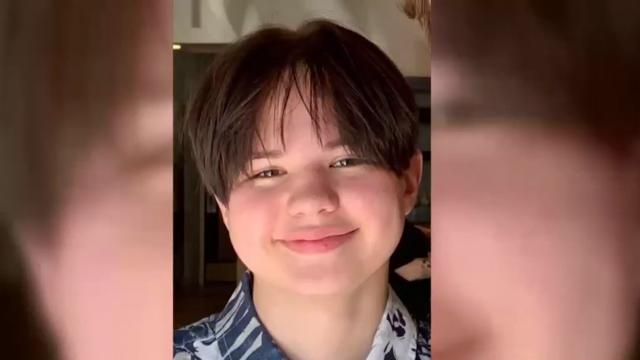 Scout's mother spoke about his creativity and funny personality, and she talked about the struggles most teenagers face in their lives.

Scout struggled with transitioning to a boy.

Santiago said she sympathizes with what the teen was going through.

"I’ve had a past with being bullied," she said. "They bullied me for almost everything, and I wanted to show him that I’m here. Even though I didn't know him, I support him."

Scout wanted to be an advocate for the LGBT community, and a scholarship created in Scout’s name through the LGBT Center of Raleigh has already raised more than $15,000.

Gabe Hitesman said he's in awe over the outpouring support for his childhood friend.

"This kind of felt good to be connected to someone who isn’t here, is still impacting people and giving them hope through challenges," Hitesman said.

Scout's funeral is scheduled for Sunday at Apex Funeral Home.