As the holidays inch closer, the Triangle offers many events to celebrate, including some shows, parades and fundraisers this weekend.

Theatre in the Park's "A Christmas Carol" 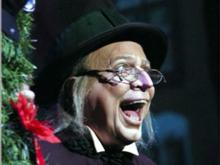 Theatre in the Park's version of the classic tale by Charles Dickens has been performed every year since 1974 and has toured internationally. "A Christmas Carol" is also a Raleigh favorite, as it draws thousands of people annually. This Saturday and Sunday's shows are at the Durham Performing Arts Center, with matinee shows at 2 p.m. both days and an evening show at 7 p.m. on Saturday. Tickets range from $30 to $80 and can be purchased online. 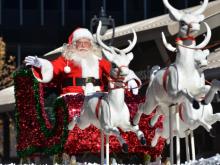 The town of Morrisville is holding their second annual Winterfest Parade and Festival this Saturday starting at 11 a.m. Following the parade, the vendor fair will offer food, a chance for holiday shopping and live entertainment. The parade and festival will feature local talent, including Miss North Carolina Arlie Honeycutt, as well as NC Secretary of State Elaine Marshall as the Parade Grand Marshal.

For some holiday fun for a good cause, head to Solas on Sunday a Drag Brunch. Proceeds go to the Crape Myrtle Festival, which provides care for people living with HIV/AIDS. Doors open at 11:30 a.m., and tickets are $10 (food and drink are not included, but there is a $10 buffet at the brunch). We heard it could be standing room only, so arrive early if you want a seat.

The Stem Ruritan Club is hosting a Christmas Charity Car Show to benefit a family in need. There is no cost to show your car, and admission is $10. The show runs from noon to 4 p.m. on Sunday.