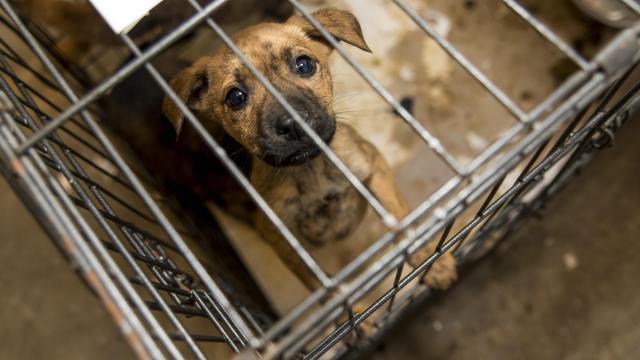 Raeford, N.C. — Hoke County authorities said Friday that they have filed more animal cruelty charges against the owners of a shelter where hundreds of neglected animals were seized in January.

An additional 13 counts each were filed against Linden and Stephen Spear, who own The Haven – Friends For Life shelter near Raeford. Sheriff Hubert Peterkin said the new charges were based on medical reviews of the more than 600 animals taken in the Jan. 27 raid.

Officials with the American Society for the Prevention of Cruelty to Animals called the raid, which also found "dozens of deceased animals" buried throughout the 122-acre property, the largest companion-animal raid the animal welfare group has conducted nationwide in the last 20 years.

ASPCA officials said they had received complaints about sick animals being adopted from the shelter. Animals were kept in dirty cages, kennels, outdoor pens and paddocks, they said, and many had no protection from the elements.

The Haven was operating without a license for about a decade, according to the ASPCA, and past inspections by the state Department of Agriculture and Consumer Services deemed the facility “inadequate." Agriculture department officials said inspectors tried to work with the Spears to bring the shelter into compliance.

All of the seized animals that were well enough for adoption were sent to new homes during a weekend event the ASPCA hosted in March.