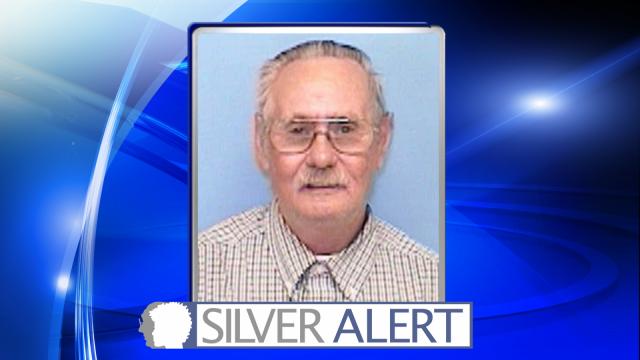 Raeford, N.C. — Authorities in Hoke County were searching Saturday for a 68-year-old man who is believed to be cognitively impaired.

The North Carolina Center for Missing Persons issued a Silver Alert for Earnest Lee Yow at about 1:45 a.m. Saturday after he went missing from the 2300 block of North Horace Walters Road in Raeford.

Yow is 5 feet 5 inches tall and weighs about 150 pounds. He has short, brown hair and hazel eyes, police said.

Yow was last seen wearing a dark grey suit with black shoes and a black hat. He could be driving a silver 2011 Dodge Ram pickup truck with N.C. license tag ADB2508.

Anyone with information on his whereabouts should call the Hoke County Sheriff's Office at 910-875-5111.