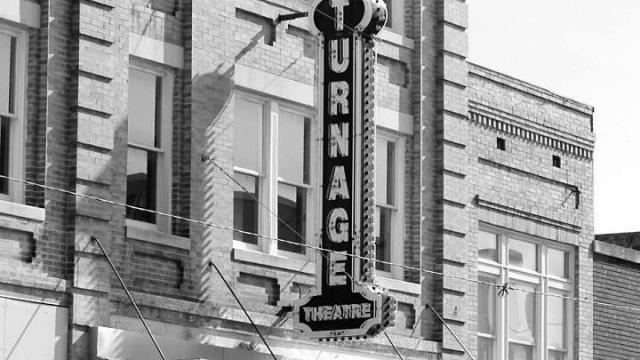 The 'Original Washington,' as Washington, N.C, is commonly referred, is exactly what it claims to be — the first city named for Gen. George Washington in the country.

Formerly called the Forks of the Tar before being renamed after the famed general who would go on to become the nation's first president, the so-called "Little" Washington is a natural historic district and home to a beautiful waterfront and estuary.

"Settlers from Virginia began to appear on the river," said born and raised resident Blount Rumley, referring to the Tar and Pamlico Rivers.

Small settlements began to pop up in the area and across in what is now Beaufort County, but the Tuscarora War in the early 1700s wiped out much of the population in Washington.

After the dust and fear had settled, a man by the name of Christopher Dudley sold 337 acres of land in the area that is now Washington to a man named James Bonner in 1726. Rumley said the first official reference to Washington wasn't until 1776 in a journal to the Council of Safety.

People come to Rumley, who was born in 1941, with questions because he is a local historian of sorts. He grew up listening to stories about Washington from his father, who was born in 1910. The house Rumley's father was born in is still standing and occupied by a family.

"He liked history. He kept scraps of paper in his pocket every time he thought of something," Rumley said. "I just picked it up. When he died, I got all of his materials. I interviewed him before he passed away and got some audio tapes of him telling things you couldn't find in any books or anywhere else."

One of Rumley's favorite stories is about when the Barnum & Bailey Circus came to town in the 1940s during an awful storm. The pouring rain caused the tent to sag, so members of the Wild West show act used their pistols to shoot holes into the tent roof to drain the water and keep it from collapsing. A different circus came to town in 1957 and Rumley's mother took it upon herself to feed the entire circus because they needed a "good, home-cooked meal."

"We had the whole crowd, all the people in the circus — with the clowns, the aerial trapeze folks — they all came and ate supper with us," Rumley recalled. "We had a whole house full of circus people, and they very much enjoyed the meal."

As Rumley pointed out, it's snippets of life like this that can't be found in a textbook. However, one thing in Washington has remained constant throughout the years — the waterfront.

Rumley noted the river's name changes from Tar to Pamlico as you go upstream, yet there's nothing geographically distinguishable about it; it's just a name change at a point in the river. It's a quirk that reflects the quaint whimsiness of the area. The waterfront, since Washington's founding, has been a way of life.

For example, the shallow waters of the area helped protect Washington from intruders. While port cities like Wilmington, Savannah and Charleston were under British control in the 1700s, Washington was not. Vessels meant for the deep ocean couldn't successfully navigate the river waters.

However, these shallow waters also provided escape routes for infamous pirates like Blackbeard.

In 1790, Congress established Washington as a legal port. A customs house was later established in 1812. Much of Washington's imported goods such as sugarcane, salt, molasses, fruits and coffee came from the West Indies and Barbados. Rumley said there would also be an "occasional monkey or parrot" who came along for the ride too, and it wasn't uncommon for children to eagerly wait for the molasses to be rolled off the ship so they could scoop up any sweet nectar that had leaked from the barrels.

During the Civil War, northern forces took over during a Federal occupation of Washington. Many local men left to fight for the "rebel cause," as Rumley put it, and Washington had to rebuild itself after the war.

Since the Civil War, Washington has undergone several periods of reconstruction, growth and stagnation. It is experiencing a renaissance of its historic downtown as colonial buildings are being re-purposed and turned into restaurants, a distillery and storefronts.

Rumley admitted Washington has changed from his first memories of the city when it was still a commercial waterfront.

"As highways were built and people converted to rail and highway transportation, the city turned its back on the river for a few years because it wasn't valuable for anything really anymore," Rumley said. "Then around the 1960s, through urban renewal programs, they reconfigured the waterfront — put a bulkhead out there. As it turns out, the river was a big asset. The town gradually became more tourist oriented. We have what a lot of other towns don't have — a good, long waterfront."

It seems the water has and always will be a part of Washington's history, and its waterfront dwellers will have more stories to tell for years to come.