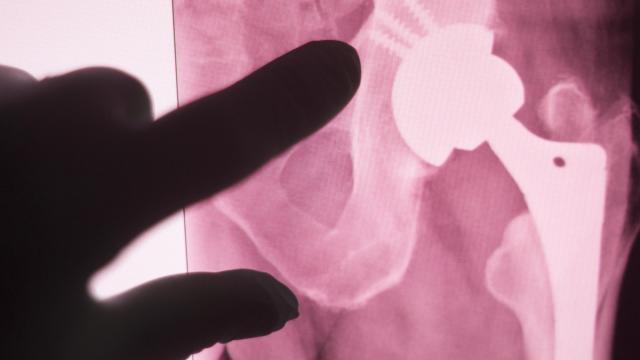 It is estimated that a quarter of all women who received a specific type of hip replacement from the manufacturer Smith & Nephew may experience premature failure of it.

While a hip replacement is a common surgery where the hip joint is replaced by a prosthetic implant that can result in an overall better quality of life, it isn’t always smooth sailing for every patient.

As of 2014, it's estimated that 2.5 million Americans are living with an artificial hip, but for many recipients of the Smith & Nephew Birmingham Hip Resurfacing (BHR) system metal hip replacement, the living hasn't been easy. Both male and female patients alike have suffered pain and injury as a result of this implant.

Smith & Nephew is an England-based medical products and services company that supports healthcare professionals across the world. It specializes in multiple products, including joint replacement systems for knees, shoulders, and hips. Its reported sales for 2017 were roughly $4.8 billion.

However, despite the company's observed success, some of Smith & Nephew's products have failed patients — particularly the BHR metal-on-metal (MoM) hip resurfacing system.

Smith & Nephew began recalling the BHR system in 2015 due to high failure rates in patients, particularly female patients and those with smaller hip structures.

The FDA has warned doctors and patients that the MoM design of some of hip replacement products may pose a medical risk to patients and can cause significant injury.

"All artificial hip implants carry risks including wear of the component material. Metal-on-metal hip implants have unique risks in addition to the general risks of all hip implants," the FDA reported on its website. "In MoM hip implants, the metal ball and the metal cup slide against each other during walking or running. Metal can also be released from other parts of the implant where two implant components connect. Metal release will cause some tiny metal particles to wear off of the device into the space around the implant."

The report continued, "Wear and corrosion at the connection between the metal ball and taper of the stem may also occur. Some of the metal ions (e.g., cobalt and chromium) from the metal implant or from the metal particles will enter the bloodstream."

Over time, this can be very damaging. In some cases, the BHR devices began to erode, causing metal particles to gravitate into the patients' blood stream and surrounding tissues. This can lead to bone or tissue death, or the formation of a benign tumor filled with metal particles outside of the implant.

Some patients experience painful symptoms, injuries, and orthopedic failure as a result of MoM hip replacements and international regulatory agencies in the United Kingdom, Canada and Australia have issued alerts about the safety concerns regarding MoM products.

"The goal was for [these] to more closely mimic the natural human range of motion," said Whitney J. Butcher, an injury attorney at Whitley Law Firm in Raleigh who works with clients in the defective medical device practice area. "The problem is those metal components are articulating against one another, and it's releasing metal ions in the blood."

Butcher added, "Many patients' cobalt and chromium levels were reported to be exponentially higher than they should be. The device failure means, unfortunately, they have to have the entire hip replacement removed and replaced."

If you or a loved one has received or is currently living with a Smith & Nephew MoM hip replacement and experiencing the following symptoms, it is important to speak with your doctor immediately.

Injury lawyers who have experience litigating defective medical device cases may be able to help you obtain compensation for a failed hip replacement.

Many patients who have suffered injuries from Smith & Nephew's hip replacements have filed lawsuits as part of a multi-district litigation lawsuit to seek compensation for medical bills, injuries, and pain and suffering.

Contrary to popular belief, a multi-district litigation lawsuit is not a class action suit.

A multi-district litigation combines individual cases with other similar cases and is presented in front of one federal judge. Multiple attorneys take part in the litigation, informing their clients and being an advocate for them every step of the way.