Hillsborough to remove 'Confederate' from museum 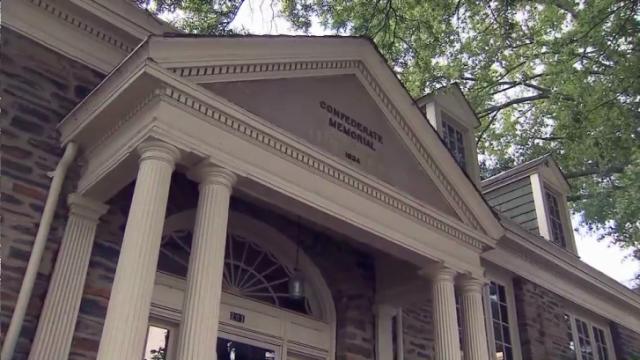 Hillsborough, N.C. — The Hillsborough Board of Commissioners voted Monday to remove the words "Confederate Memorial" from the front of the building that houses the Orange County Historical Museum.

Museum officials in May asked for the words to be taken off the building's facade, saying it is confusing to patrons and could dissuade some from entering, thinking the museum is dedicated to history of the Confederacy instead of the history of Orange County.

The town-owned building, at 201 N. Churton St., dates to 1934 and was originally a whites-only Confederate memorial library, and the history museum moved into the building in 1982.

During a public hearing last month, the Board of Commissioners heard from people who wanted the words to stay as well as from those who want them removed.

After Monday's vote, the board submitted an application for the removal to the Historic District Commission. The commission needs to review whether the change, including signage to note the historical significance of the building, would fit the nature of Hillsborough's historic district.

Museum officials have noted that the words "Public Library" were previously taken off the building facade.