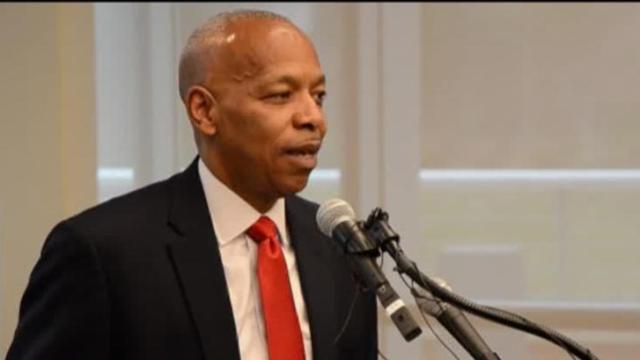 When state legislators proposed this summer to offer tuition of $500 a semester at five state universities, they said they targeted schools with falling enrollment, suggesting those schools were somehow struggling.

But in the case of Winston-Salem State University, reduced enrollment was part of a deliberate strategy to improve performance and graduation rates – and a remarkable success story.

In less than a decade, enrollment at Winston-Salem State ballooned from 2,500 students to about 6,000 in 2008. Many students were housed off campus, and graduation rates suffered.

“All the data suggests that students who live on campus … perform better,” said Chancellor Elwood Robinson.

So in 2010, the university began requiring students to live on campus for their first two years. Dorms are now at 95% capacity, Robinson said.

And under former Chancellor Donald Reaves, WSSU raised admission standards three times – all in advance of instructions from the University system’s central office.

“Without improved performance, I am convinced WSSU and other similar colleges and universities will eventually become less and less relevant,” Reaves said of his installation in 2007. “… In order to improve performance, we needed to admit students who were better prepared.”1

WSSU’s freshman retention rate improved from 65% in 2007 to more than 80% by 2012. And even though enrollment shrank by about 1,000 students, from roughly 6,000 to 5,000, it began producing more graduates both in percentage terms and absolute numbers.

So even with fewer students, Winston-Salem State produces nearly twice as many graduates.

But WSSU didn’t abandon the students it no longer admitted as freshmen.

“We were careful that we did not cut off access to higher education. The legacy of the nation’s HBCUs is grounded in the notion of providing opportunity and access. Therefore, to ensure that less-prepared students who were seeking an education could gain access, we developed a dual-admission program with Forsyth Technical Community College,” Reaves said.

“Students in the program are dually admitted to both schools; they take classes at Forsyth Tech and can access the resources on our campus at the same time. Once they complete the work at Forsyth Tech, they can automatically move into programs at WSSU,” he said.3

Robinson notes that WSSU’s average attempted hours to complete a degree ranks third-lowest in the UNC system – a product of solid advising and an effort by Provost Brenda Allen and others to make sure General Education courses mesh well with degree requirements.

“That has resulted in a much more efficient way of educating students,” Robinson said. “What I’ve been challenging folks to do is make sure every course is relevant.”

WSSU also wants to eventually provide every student with an internship or opportunity to study abroad, he said.

So despite smaller enrollment and a $35 million reduction in state support over five years, Winston-Salem State isn’t struggling – the Rams are a success story that’s still being written.

This originally appeared on the Higher Education Works blog