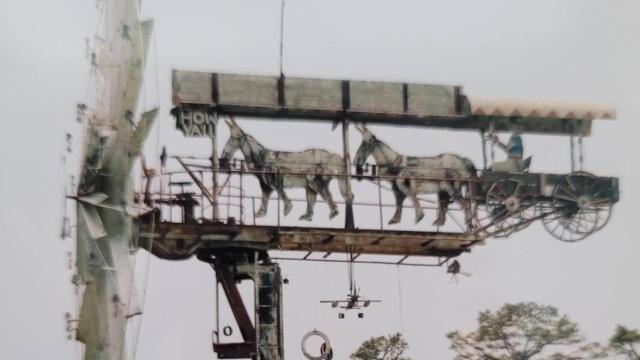 Wilson, N.C. — When Vollis Simpson created his first kinetic motion machine as a pilot during World War II, he likely never envisioned one day his whirligig sculptures would be such a central part of North Carolina public art. He certainly wouldn't have envisioned his whirligigs being part of the Olympic games.

Today, his whirligigs are spiffed up and gleaming in downtown Wilson; but many locals remember "the real whirligig park" on a farm in Lucama, which popped up suddenly from around a curve, whirligigs as tall as trees mingling with foliage and tree branches. 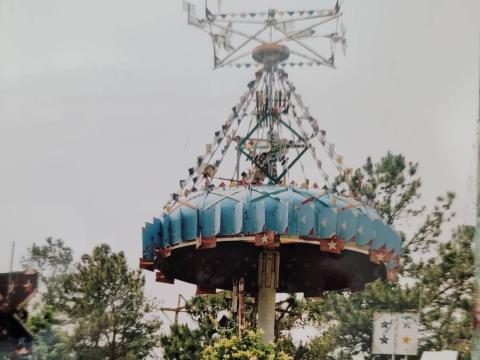 "It was really something to see, especially at night. Imagine coming around a curve on a pitch dark country road, then suddenly your headlights reflect all these colors back at you, spinning in the trees," said Susan Kellum, the downtown marketing and communications coordinator for Wilson. 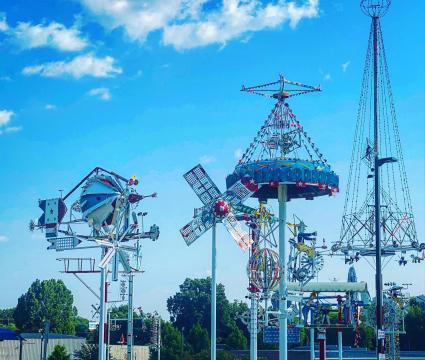 The whirligigs became know statewide as 'Acid Park,' a nickname possibly triggered by drivers unexpectedly seeing the whirling reflections through the trees at night. One local recalled groups of teens sneaking onto the property at night, taking hallucinogens and watching the lights spin – perhaps another origin of the mythological name. 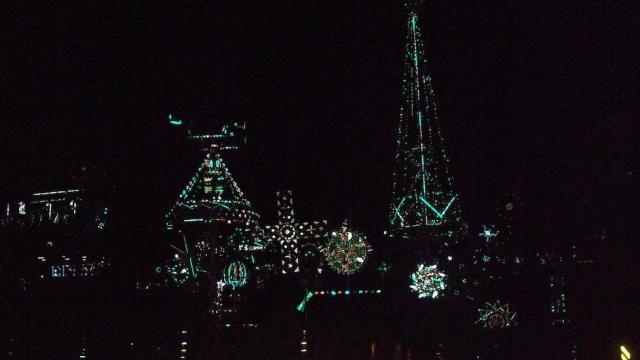 The myth spread that Simpson created the whirligigs in memory of his daughter, who had died after crashing on the sharp curve near his farm while driving under the influence.

According to legend, as she died in his arms, she described the spinning, twinkling hallucinations she saw. He then re-created her final vision, using the twisted metal of her car wreckage – a way of ensuring others would slow down the next time they drove around that curve. 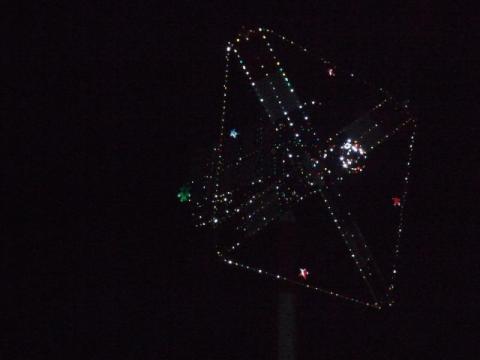 When Simpson passed away in 2013 at the age of 94, some of his whirligigs had become overgrown and fallen into disrepair.

Kellum said Simpson had to climb up and down the whirligigs, some as tall as 50 feet, to keep them greased and cleaned. But in the last few years of his life, he was in his 90s and just couldn't make the climb anymore. As a result, the towering sculptures became overgrown with ivy – with rust corroding through the airplanes, spin-wheels and smiling men flying airplanes. That eerie feel may have also given way to the spooky legends. 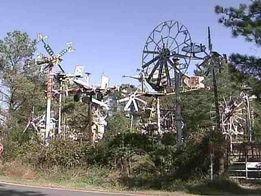 Fortunately, the whirligigs were not lost to time. Kellum was part of a small team of thoughtful, committed citizens who were determined to save and restore Simpson's artwork.

It took crews seven years to lovingly remove the rust and decay that had taken hold on some of the complex whirligigs. During the first few years of the restoration process, Simpson himself was able to oversee and approve restorations.

As for Simpson's daughter: She's alive and well, working on preserving her father's legacy by serving on the board for the Vollis Simpson Whirligig Park in downtown Wilson. 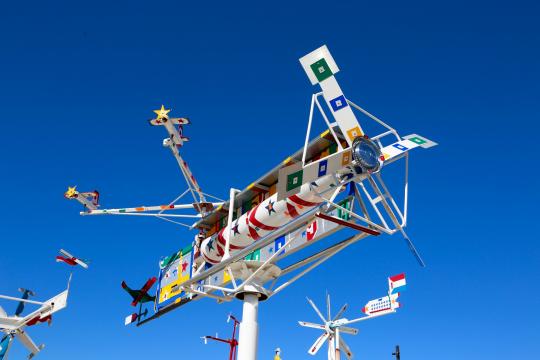 Vollis Simpson was a WWII veteran and pilot

Simpson's work as a WWII pilot and machine shop operator served as the backdrop for turning scrap metal into magic. Part of the magic of his designs was his understanding of machinery and motion. Where other people saw scrap metal, he saw dancing, spinning folk art.

"They told stories — stories of community, of his time in World War II, of his love of airplanes," said Folklorist Jefferson Currie, who worked alongside Simpson to capture his oral history.

He built his first kinetic sculpture when serving overseas during WWII: A wind-powered washing machine for his troops.

People who see the whirligigs today describe a sense of overwhelming wonder.

Some whirligigs stand as high as 50 feet and are constructed from recycled HVAC parts including motor fans and cotton spindles. They can weigh as much 3 tons.

"It's hard to get your head around how one man could create all of this," said Currie in an interview with the Associated Press.

Within the past few months, a new museum called Whirligig Station has opened up across the street from the park. Inside, visitors can see an unrestored large whirligig sculpture up close, getting a true scope of the immense size – and how the art may have looked when it was still on his farm.

Kellum encourages visitors to come see the park at night. Watching those spinning lights in the darkness gives a better understanding of the magic that once happened on Simpson's farm.

The park's website lists upcoming events, such as a music series after dark and a holiday lights event. 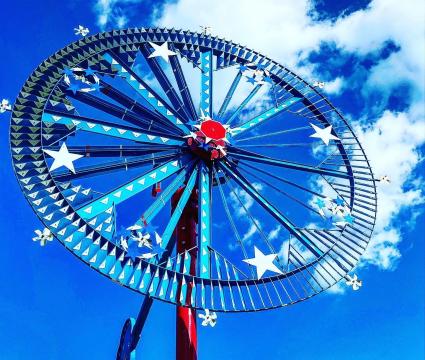 Do you have photos or memories from before the whirligigs were moved?

WRAL's Hidden Historian is searching for photos and memories of the whirligigs at the Simpson farm. Please feel free to share them for possible inclusion with this story at hleah@wral.com.