"I was actually running out here one day, saw some of the trash, started to explore and couldn’t believe what I was seeing," said Joe McClernon, a scout leader with Cub Scout Pack 424 at Immaculate Conception Church in Durham.

Everywhere he looked, he saw trash. 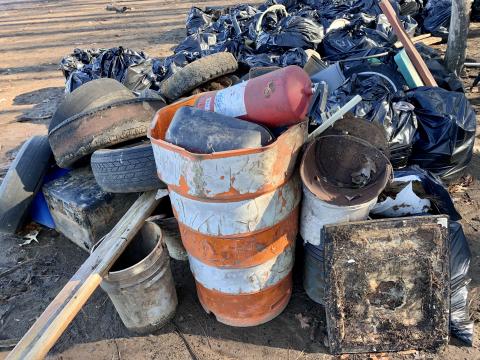 McClernon contacted Keep Durham Beautiful, saying he had found a field of trash of epic proportions along the lake's shore in the northeastern part of Durham County near the Mountains to the Sea trail.

Plastic motor oil containers, household cleaners, medicine bottles, gasoline containers and even full cans of paint cover the shore. The trash is piled so high the sound of plastic crunches beneath the overgrowth with every footstep.

"We had often speculated on where all the littered trash was collecting," said Ian Pond, an official from the Ellerbe Creek Watershed Association. He knew the litter they missed had to be accumulating somewhere, and now they've discovered it.

"So all of that pollution is now in the water," Pond said. 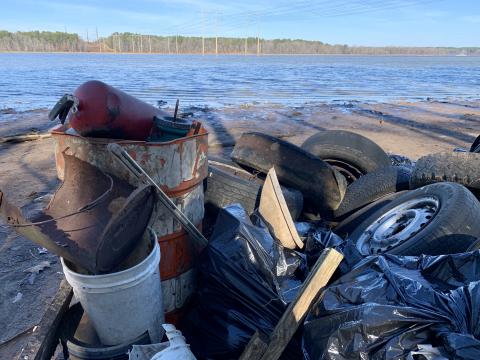 How does all the trash get into Falls Lake?

According to Pond, the trash flows down Ellerbe Creek and enters Falls Lake. From there, it gets swept by the westerly winds into the tree line, where it's lifted up in the high water. When the water level drops, everything then gets trapped in the undergrowth and covered by years of fallen leaves.

"This is built up over years, probably decades," said Pond. "We’ve got to stop this getting into the waterway in the first place. That’s the only way to deal with this problem."

Cleaning the trash is only a temporary solution. Volunteers could clean for the next decade and still not keep up with the flow of oncoming garbage.

Volunteers help Pond remain hopeful, even when he sees hundreds of bags of trash sitting along the banks.

"When volunteers came out to tackle this, they literally didn’t have to walk," he said. "They’d come in with a trash bag and a grabber, and you literally stand still and pick."

So far, about 120 people with Keep Durham Beautiful and a scout troop have helped clean up. They've filled roughly 500 bags, and officials believe they will be approaching 3,000 bags before finishing the project. 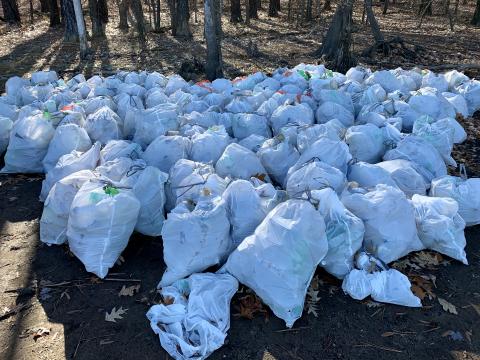 "It is discouraging, but it also means we have to do something about it," he said. He is hoping this story will encourage more volunteers to come lend a hand.

The community can work together to have clean water

"Falls Lake provides drinking water for the City of Raleigh. The less litter and debris that’s in the water, the cleaner it’ll be, and the tastier it’ll be," said Tania Dautlick, executive director for Keep Durham Beautiful.

She said she would like to see the community work together to have zero tolerance for litter. "Any litter that's on the street," she said, "washes into the storm drain and goes directly to our surface waters." 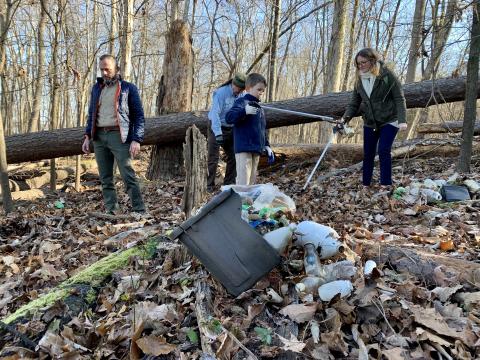 After 10 years of polluting Falls Lake, this field of trash will finally have a chance to be cleaned, but only if the community works together – both to clean it up and to prevent litter from getting in our streams in the first place.

Viewers who would like to help clean up at Falls Lake as individuals or as groups can contact Keep Durham Beautiful for more information on how to get involved.