Hidden atop Kidd's Hill: The changing view of Belle Acres and Crabtree Valley 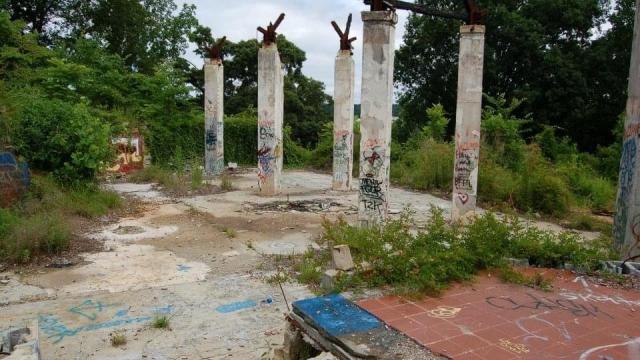 Growing up in Raleigh in the 80s, I remember riding down Glenwood Avenue past a tall hill. Every time we passed that hill, my mom and grandmother would point to the lights atop the dark peak and say, "There's a restaurant up there. Can you see it?"

The 'restaurant on the hill' seemed impossibly high -- untouchable. But now it's gone. 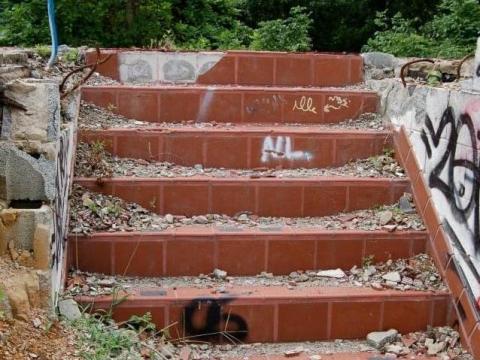 If you've ever wondered why Crabtree Valley Mall has the word 'valley' in it, look no further than Kidd's Hill. It's tucked away from the main road, making the land around Glenwood appear almost flat. But if you can find the entrance to drive up the hill, the view from above makes the valley much more clear.

But the view used to look a lot different. In the 80s, stores in KiddsHill Plaza included classics like Brendles, Pizza Hut and Steak and Ale. Atop the hill sat a glamorous restaurant called Crossroads--and the Brewer home.

Like Kidd's Hill, Kidd Brewer himself was larger than life. So was his son, Kidd Brewer, Jr.

The hill first became Brewer's back in the 1950's, when he built his home up there.

According to Raleigh fire historian Mike Legeros, Brewer, "made his mark in Raleigh when he bought 115 acres of land outside the city...Overlooking the flood plain and future location of Crabtree Valley Mall."

He named his new property Belle Acres. Later, it would jokingly be called Belly Achers.

In those days, the 'Brewer' name floated around Raleigh like a legend.

"He used to live around Crabtree. That seemed like a big deal, somebody that lived there at Crabtree and was in a movie. Especially back in the 80s and 90s, you didn't hear of somebody local that was in a movie," said Libby Leah, born and raised in Raleigh.

"From 1957-61, Kidd Brewer senior strung giant red letters spelling YOU’LL BE GLAD YOU DID at the north end of the pasture where Crabtree Valley Mall was later built. The sign faced traffic coming down the narrow Glenwood Avenue from Durham and Greensboro. He was promoting investment in his planned mall. Horses and cows stood under the letters and watched cars and trucks approach Raleigh," said Stuart George.

Brewer's son, Kidd Jr., was a professional diver. He played a role in 1989s theatrical release of The Abyss, further cementing the Brewer name in local history.

Brian Martin shared this photo of his birthday party at Pizza Hut back in 1985, with the iconic Brendles sign showing in the background.

"My Dad said sledding down Blue Ridge Road was legendary back in the 60s," he said.

Many young people went to Crossroads--the restaurant on top of the hill--for important occasions like prom. 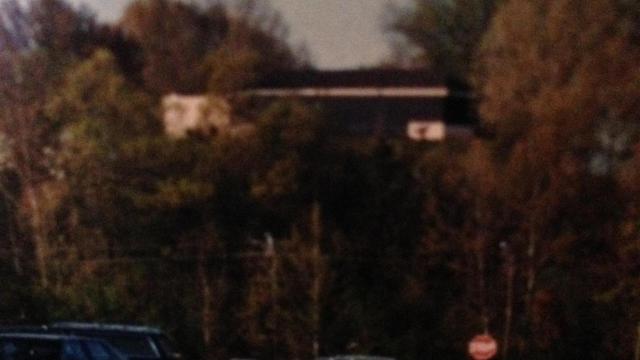 Leah said, "You felt like when you were driving up that long driveway that you were going to a really fancy place."

"To this day, the restaurant at the top of the Hill was my favorite restaurant ever in Raleigh. Place for dinner for junior and senior prom in 1990/91. Also dinner with my family for graduation. It was so chic and contemporary and amazing views of Crabtree Valley mall below!" said Pirya Matai. 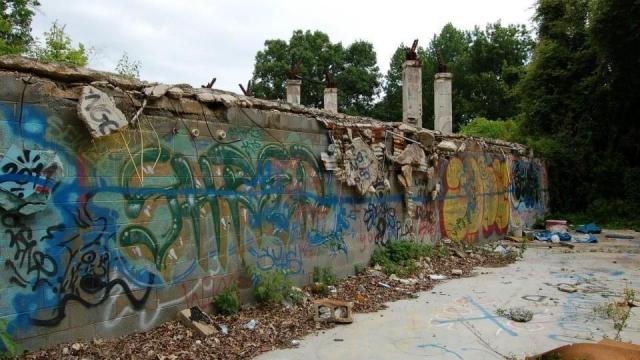 Fire, abandoned buildings and the changing face of Kidd's Hill

After years of hosting Raleigh's special occasions--the Crossroads restaurant that held memories of proms, wedding receptions and birthdays closed down.

The abandoned remains of the incredible modernist architecture caught fire in 2005, according to Legeros. Some old photos show fire fighters battling the blaze--until the charred skeleton of the building was all that was left. 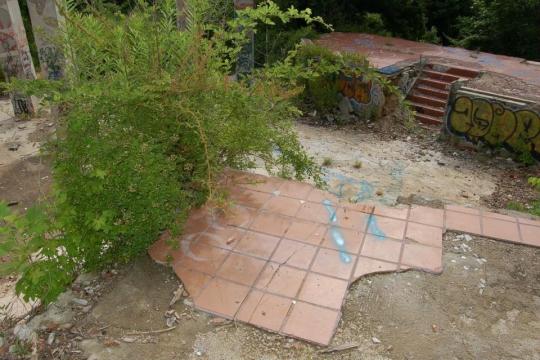 Photographer Beth Nackashi explored the remains of the restaurant and home in 2012, years after they'd been abandoned.

"I took these photos when the land was about to be clearcut and redeveloped," she said.

She said the photos she took were of the remaining structure after the big fire, and much of it had been reclaimed by nature. Her photos show a very different side of Kidd's Hill, long after its glory days had passed. 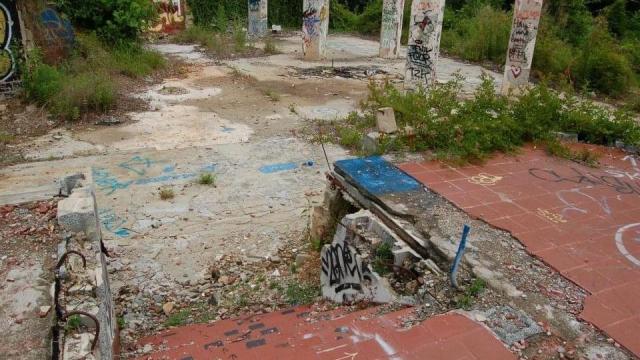 Today, the high-rise apartments atop Kidd's Hill give no clue to the memorable history and local nostalgia the hill's peak holds.

A little bench sits on the edge of the hill, overlooking Crabtree Valley. I wonder if anyone still uses it.

But even as Raleigh grows and changes around it, Kidd's Hill is still there. And the view of Belle Acres, though different, is still beautiful. 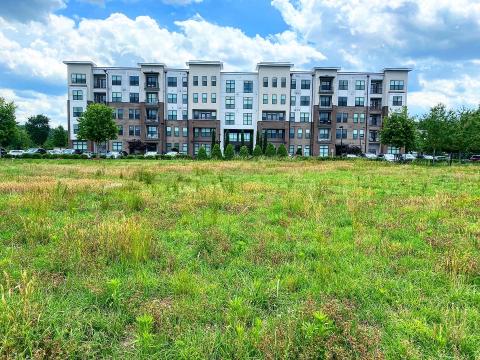 Want a taste of nostalgia? Recipe from Brewer's restaurant

David Hearn reached out to share a recipe he'd been given years ago from the manager of Crossroads.

Next fold in gently

Turn into a graham cracker crust and chill for several hours or overnight.

Can also be made with Minute Made Lemonade.

He said it should bring back memories of the end of a wonderful meal at the restaurant that overlooked Crabtree Valley.