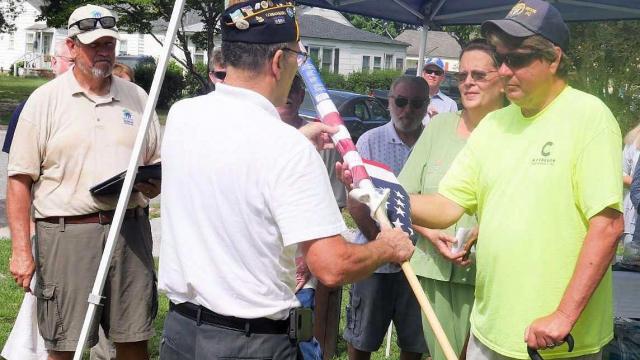 Hertford, N.C. — Standing in the kitchen of her new home in Hertford, Rebecca Lyens recalled the day in 2013 that life took a turn toward despair for her and her husband, Mike.

She noticed that he was driving unsteadily. Having trouble seeing, he told her; something was in his left eye, perhaps.

She took over the wheel that day, but Mike's problem got worse. What was in his left eye was a viral infection. In two weeks it had spread to his right eye, and he was blind.

The infection "ate up the retina in one eye. He can see just a little bit out of this eye," she explained with a sly smile, pointing to the right side of Mike's face, "if I give it a little poke."

That's the kind of gritty, affectionate humor that has sustained them as Mike, a Navy veteran who was forced to relinquish his good-paying job in construction and their quality of life declined.

"I think I took it worse than he did," Rebecca remembers. "We were lucky that we weren't homeless."

"We moved into a trailer, but we didn't think we'd get stuck there for five years," Rebecca says. "Then he met Guy Simmons with the Lions Club, who he had met through the Veterans Association, and Guy got us started on this," – the process of approval for a Habitat for Humanity home.

Aug. 16, 2017, was a sweat-stained, down-east day. At the house on Dobbs Street in this historic town of about 2,200 people on the Perquimans River, volunteers and well-wishers gathered for the dedication ceremony.

The house is one of 104 that are planned as part of the State Employees Credit Union Foundation's Mountains-to-the-Sea Challenge to build a Habitat home in each of North Carolina's 100 counties over three years. The Foundation has put up $10 million for construction of the homes.

Once the home is complete, including the 400 hours of "sweat equity" required from the client family, homeowners assume the zero-interest loan and the SECU Foundation returns the money to the Habitat affiliate so that another home can be built.

Mike and Rebecca's home was designed with an open floor plan, extra-wide doors and a bathroom equipped to be accessible in a wheelchair. Both use a cane for walking; their home has been designed to be livable should either eventually be in a wheelchair.

A bit of paperwork remains to be done, and then the house is theirs.

After listening to a list of the businesses, service organizations and religious communities that had lent their hands and expertise in getting the house built, Mike and Rebecca stepped forward to speak.

"I want to thank everyone for coming out, and I thank Habitat for picking us. I don't think it could have been built any better."

Rebecca choked up as she said, simply, "I'm so grateful for everyone who was involved. Thank you so much."

That appreciation and commitment to this home is perhaps best exemplified by a singular symbol of home-ownership.

"I started mowing the yard here over a year ago." 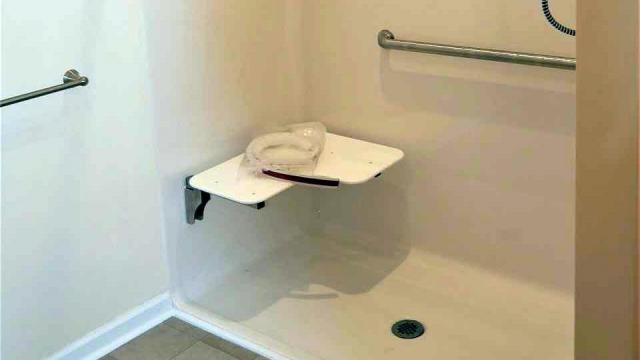