Here's who's on Joe Biden's transition Covid-19 Advisory Board 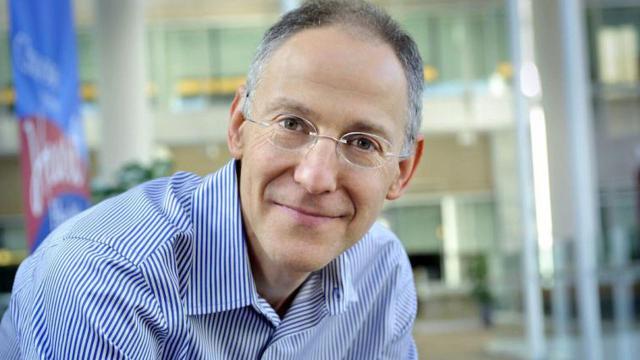 CNN — President-elect Joe Biden and Vice President-elect Kamala Harris' newly appointed Transition Covid-19 Advisory Board is led by established public health officials and staffed by a mix of doctors and current and former government officials, some with high-profile media visibility.

The board was further expanded over Thanksgiving weekend to add a registered nurse, a Navajo Nation health leader and an advocate for stronger worker protections.

Here's a look at who he has appointed to the board so far.

Dr. Vivek Murthy, a doctor of internal medicine, served as the surgeon general of the United States beginning in December 2014 under President Barack Obama. He resigned in April 2017 at the request of the Trump administration.

During his tenure, he cautioned US doctors in a public letter about their prescription of painkillers, sounded the alarm on teen e-cigarette use and called to treat gun violence as a public health issue, which led to opposition from Republican senators.

The son of immigrants from India, Murthy received an MD and MBA from Yale and later joined Harvard Medical School's faculty in internal medicine, according to his website.

During his tenure, the FDA introduced the "Nutrition Facts" graphic that now appears on almost all food products, a result of the Nutrition Labeling and Education Act of 1990. He also took aim at products misleadingly labeled as "fresh." In one incident, the FDA seized 24,000 half-gallon cartons of orange juice labeled as fresh that had actually been made from concentrate.

Dr. Marcella Nunez-Smith is an associate professor of medicine and epidemiology at Yale University and associate dean for Health Equity Research at Yale School of Medicine.

Her research focuses on "promoting health and healthcare equity for structurally marginalized populations," according to her Yale bio. She is originally from the US Virgin Islands and received her MD from Jefferson Medical College and a master's in health sciences from Yale.

Dr. Luciana Borio is a senior fellow for global health at the Council on Foreign Relations and the vice president of In-Q-Tel, a venture capital firm.

Born in Brazil, Borio joined the FDA in 2008 as a medical officer and served in senior leadership roles, rising to assistant commissioner for Counterterrorism Policy and Acting Chief Scientist at the FDA.

She also helped develop and execute the US response to H1N1, Ebola and Zika, according to the Carnegie Corporation of New York. From 2017 to 2019, she was the director for medical and biodefense preparedness policy at the National Security Council and was a member of the NSC's pandemic response team until 2018, the organization said.

Dr. Ezekiel Emanuel, an oncologist and bioethicist, was a health adviser for Obama from 2009 to 2011 when he helped craft the Affordable Care Act. He advised Biden during his campaign.

He is a vice provost and professor at University of Pennsylvania, a columnist for The New York Times and a frequent guest on CNN. In June, he spoke with CNN Chief Medical Correspondent Dr. Sanjay Gupta about the US response to coronavirus and what could be improved.

He is also the brother of former Chicago Mayor Rahm Emanuel and the high-powered Hollywood agent Ari Emanuel.

Rick Bright, an immunologist and virologist, oversaw the government's production and purchase of vaccines before his abrupt dismissal in April. He filed an extensive whistleblower complaint this spring alleging that his early warnings about the coronavirus were ignored and that his caution at hydroxychloroquine led to his removal.

Bright had been the director of the Biomedical Advanced Research and Development Authority (BARDA) from 2016 to 2020. He was then reassigned to a narrower role at the National Institutes of Health and ultimately resigned after his lawyers said he was "sidelined" by the Trump administration in retaliation.

After he aired his complaints, the Trump administration officials attacked his credibility and leadership, but his most recent performance review from May 2019 delivered rave reviews for Bright's management of his office and included no criticisms.

He holds a PhD in immunology and virology from Emory University and served as an adviser to the World Health Organization, according to its website.

Dr. Atul Gawande is a surgeon and Harvard professor best known for his books and writings on the medical field.

Gawande won a MacArthur "genius grant" in 2006 for his work applying "a critical eye to modern surgical practice, articulating its realities, complexities, and challenges," the fellowship said. He is a staff writer for The New Yorker and author of four books, including the work "Being Mortal" about end-of-life care.

In addition, he is the founder and chair of Ariadne Labs, a joint center for health systems innovation, and of Lifebox, a nonprofit organization that aims to make surgery safer globally, according to his website.

She studied tuberculosis and HIV in South Africa, Lesotho, Malawi, Ethiopia and Brazil from from 1998 to 2012, her website says. Gounder was the director for delivery for the Gates Foundation-funded Consortium to Respond Effectively to the AIDS/TB Epidemic and later served as assistant commissioner and director of the Bureau of Tuberculosis Control at the New York City Department of Health and Mental Hygiene, according to her NYU bio.

She is the host of the "Epidemic" podcast on Covid-19. She also was previously a CNN medical analyst and has written for The New Yorker, The Atlantic and other outlets.

Dr. Julie Morita, a pediatrician, is the executive vice president of the Robert Wood Johnson Foundation (RWJF), the US's largest philanthropy dedicated solely to health, according to its website.

She previously worked in the Chicago Department of Public Health for nearly two decades and served as the department's commissioner from 2015 until last year. She was born and raised in Chicago and also worked as an Epidemic Intelligence Service officer at the US Centers for Disease Control and Prevention.

Her parents were detained in Japanese internment camps in the US during World War II, which influenced her to become an advocate for equity issues, the RWJF said.

In August, she wrote an opinion piece for CNN pushing for a Covid-19 vaccine distribution plan.

Michael Osterholm is an infectious disease expert who has warned for years that the US is ill-prepared for a pandemic, including in his 2017 book "Deadliest Enemy: Our War Against Killer Germs."

He holds positions at University of Minnesota as a regents professor and McKnight presidential endowed chair in public health and as the director of the Center for Infectious Disease Research and Policy.

Osterholm served as a Science Envoy for Health Security on behalf of the US Department of State from 2018 to 2019, and he previously served from 1975 to 1999 in various roles at the Minnesota Department of Health.

Loyce Pace has served as the executive director and president of Global Health Council since December 2016.

Her bio on the Global Health Council says she "championed policies for access to essential medicines, testified for congressional global health appropriations, and elevated the voices of people at the community level around various shared advocacy goals."

She previously worked with Physicians for Human Rights, Catholic Relief Services and the Livestrong Foundation. She has a master's degree in public health from Johns Hopkins, speaks several languages and has lived in Africa, Asia and Europe, her bio says.

Dr. Robert Rodriguez is a professor of emergency medicine at UCSF School of Medicine and works in the emergency department and ICU of two trauma centers, the Biden-Harris transition website says.

Rodriguez grew up in Brownsville, Texas, along the US-Mexico border, and he traveled there this summer as the city dealt with a surge of Covid-19 cases and a lack of doctors and resources. He was the lead author in a UCSF study published this summer that examined the heightened stress and anxiety levels among doctors during the pandemic.

Dr. Eric Goosby is an infectious disease expert who held prominent health positions in the Clinton and Obama administrations.

He was the director of HIV Services at the Health Resources and Services Administration, where he oversaw the newly authorized Ryan White CARE Act in 1991, which provides essential services to those with HIV/AIDS. He served as Global AIDS Coordinator under Obama, and he then was appointed the United Nations Special Envoy on Tuberculosis in 2015.

Jane Hopkins is a registered nurse specializing in mental health. She worked for more than 20 years as a bedside nurse, most recently at Harborview Medical Center in Seattle and Snoqualmie Hospital, the Biden-Harris transition website says.

Hopkins served as executive vice president of SEIU Healthcare 1199NW, the union representing health care workers. She currently serves on Washington State's Covid-19 task force and Safe Start Advisory Board, the Washington Workforce Board, and the boards of the 1199NW Training Fund and the Washington State Labor Council.

Jill Jim is the executive director at Navajo Nation Department of Health and a member of the Navajo Nation, according to its website. Jim serves as a cabinet member for the Navajo Nation, which has some of the highest coronavirus infection rates in the country and recently entered into a three-week lockdown to try to prevent further spread.

David Michaels is an epidemiologist and a professor at the Milken Institute School of Public Health at George Washington University with an expertise in worker safety and health.

He served as assistant secretary of labor for Occupational Safety and Health Administration (OSHA) from 2009 to January 2017, according to the Biden transition team. He wrote an op-ed in October calling for the federal government and OSHA to take stronger action to protect workers from coronavirus.

He also served as assistant secretary of energy for environment, safety and health in the Clinton administration.