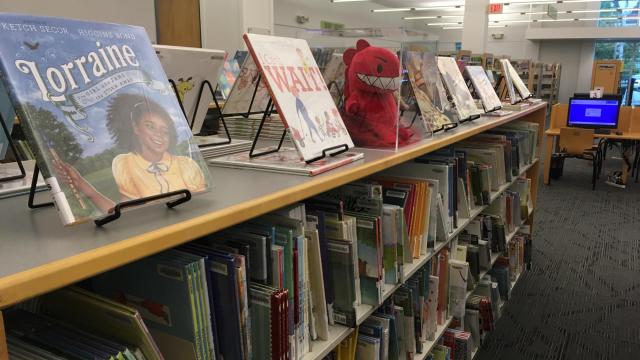 Raleigh, N.C. — If you, like me, spend an extraordinary amount of time at Wake County Public Library locations and always have a giant stack of books checked out from your favorite locations, there's some great news: No more late fees.

Starting this month, Wake's public library system got rid of late fees on overdue materials, removing barriers so more Wake residents have greater access to books, resources and services, according to the county's website.

It's worth noting that Wake's decision comes after the American Library Association last year passed a resolution to encourage libraries across the country to stop collecting late fees.

The group cited mounting evidence that eliminating fees increases library card adoption and library use. The fines also create a public relations barrier and absorb value staff time applying, collecting and managing dues, according to the resolution. Following other library systems across the country, Wake County's Board of Commissioners approved the end ot late fees in the spring.

So how does this whole late fee free thing work in Wake County?

Now, according to the website, there are simply no more late fees charged on overdue items. Also, existing late fees were cleared from all accounts, so everybody has a fresh start.

Books now also are automatically checked out for three weeks, instead of two, but the system will automatically renew them just twice (which means you can hold onto a book for nine weeks before you need to bring it back).

This doesn't mean that you can check out a book and never bring it back.

"Library patrons are still responsible for the replacement of lost or damaged books and other materials," according to Wake's website. "However, you can return outstanding materials to clear replacement fees, and you won’t ever be charged a daily late fee."

Books are considered "long overdue" three weeks after the due date. Your account is suspended from borrowing more items if three or more items are in long overdue status, according to the library.

In other words, you still need to return those books. After all, they belong to all of us.