Here Are the Women Working to Elect Women in 2018 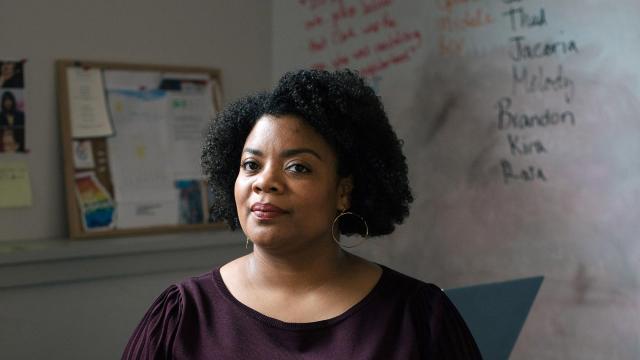 Some object to calling this “The Year of the Woman” — why should women get only one year?

Still, there must be some way to recognize the records women have broken in U.S. politics in 2018. More women than ever before filed to run for the House, Senate and governors’ offices, and in congressional races, more women than ever won primaries. And there are more women behind the scenes, too: campaign managers, fundraisers and volunteers.

The New York Times talked to some of these women who are working behind the candidates to change the face of U.S. politics.

Some say the events and upheavals of the last two years — the loss by the first woman to be a major party presidential nominee, the women’s marches, more school shootings and the Senate confirmation hearings for Supreme Court Justice Brett Kavanaugh — made them realize that to have a voice, they have to get involved. Others say it is time for a woman’s perspective in leadership.

And many were simply inspired by the women running, and the potential for so many firsts this year. In Georgia, Stacey Abrams could be the nation’s first black female governor. And Pennsylvania, which has no women in its current congressional delegation, will have at least one come January, because of races where a woman is facing another woman.

“When we’re not represented, people are apathetic or don’t vote or don’t get involved because they feel like people don’t care about our values and our beliefs anyway,” said Roslyn Simpson, who joined Susan Wild’s campaign this summer because she wanted to have a more direct impact on the election.

“I felt after 2016 like I didn’t know what I could do to make things better,” Taylor Brown said. When the prospect of working to elect the first congresswoman from the Lehigh Valley appeared, she jumped on board.

Campaign of Stacey Abrams, the Democratic nominee for Georgia governor

“The only way to change things, the only way to get real change is to change who is leading,” said Mia Arreguin, who moved back to Georgia from Washington when she learned Abrams was running for governor.

“Why are we outside yelling and raising these signs? The people who are making these decisions are inside,” said Salena Jegede, recalling a childhood memory from a protest that influenced her view of politics.

Cathy Seulgee Kim has been asked many times why she, a Democrat, is working for a Republican campaign. “I think it’s more than just about the parties,” she said. “I really see Young’s heart behind why she’s running.”

“I think you have to have a little more political courage just to be out there if you’re a woman,” Lisa Turner said. “It’s just harder.”

“A lot of politics historically has been a bunch of old white men sitting in a room together, and they’re deciding things like women’s rights or LGBTQ rights,” Olivia Sabo-Rush said.

“I don’t think it really matters what your gender, your race. I just think we need good listeners,” Ewa Nado said.

“I think it’s good for the country certainly that we have two women with different governing philosophies who are competing to win the state,” Jess Ward said.

“We have some role models out there, but we need to get them elected and making decisions about our bodies and our futures from experience,” Misa Roach said.

Nadiyah Groves sees a difference in how men and women listen to ideas that could translate to how they govern. “I think men put up these hard stops of, you know, ‘I have my idea, and that’s how it’s going to go,’ but women, we’re able to just kind of let those barriers down and actually tend to one another’s thoughts,” she said.