Her Christmas wish started with a crash. Now she's looking for the angels who helped 20 years ago

Apex, N.C. — All around the Triangle, there are signs of Christmas. Lights, music and merriment abound. Kate Nicholson has different memories of this time of year, memories she would like you to help her piece together.

“My memories are just kind of flashes, pictures that I have in my mind,” Nicholson remembers, sitting in front of her Christmas tree.

Those memories come from nearly 20 years ago, Christmas Eve morning, 1998.

“Well, I had left Raleigh at about 2:30 in the morning,” Nicholson recalls, “I suppose I was trying to make it home.” She was driving on Interstate 40 in Johnston County, approaching N.C. Highway 210.

“I probably, well, most definitely, should not have been driving. I had way too much to drink," Nicholson says. "I'm a recovering addict. It was a tough time in life.”

Nicholson has pieced together some of what happened that cold December morning.

“I’m assuming I fell asleep at the wheel, passed out at the wheel, and, they estimated, went 80 miles an hour heading into the bridge abutment,” she says. 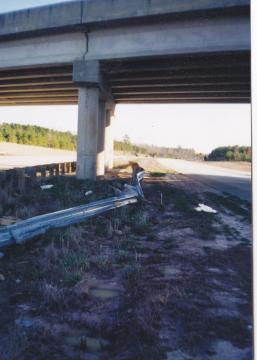 It was a single-car crash, no one else around.

“I remember being in the car, and the next memory I have is pulling myself in the dirt to try to get to the edge of the highway,” she says.

Nicholson's black Honda was crushed, and the dark color made it almost impossible to see at night in the highway median.

“I remember seeing a few pair of headlights coming from behind me and then tail lights passing and that was maybe one or two every hour or so,” she says.

Cold and alone, Nicholson laid there for hours waiting for help. “Then I saw lights come on the back of their truck and I thought, 'Someone is coming to help me.'”

A couple, a man and a woman, stopped.

Nicholson believes her seat belt saved her life, but it's also to blame for her injuries. Her pelvis was fractured in seven places, her vocal cords were severely damaged, she was battered and bruised.

“I remember her sitting with me and holding my hand,” Nicholson recalls, “It made me feel like, 'OK I’m not by myself, someone is getting me some help.'”

All this time Kate Nicholson has never known who stopped, who held her hand, who called for help. The State Highway Patrol does not keep crash reports from that far back. 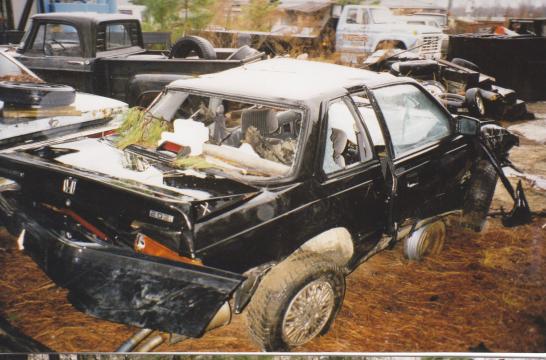 After the crash, and it took a while, Nicholson cleaned up her life.

“It was the wake up, the wake up,” she believes, “That was the start of understanding I can’t live this lifestyle any longer.”

For two decades, “Every Christmas I think of them stopping and helping someone who could not help themselves.”

Nicholson dwells on what could have been.

It wasn't just Kate Nicholson the couple helped that night.

“I had a future out there,” she says as her son AJ laughs from the next room. “That was my future."

Years after the crash Nicholson was married, and although doctors told her that her injuries would prevent her from having children, little AJ was born.

“It was God giving me a second chance at life, a third chance, a fourth,” she says.

She keeps a photo of the crumpled car on her on her refrigerator.

“It’s my reminder that I never want to go back there,” she says.

Nicholson believes the couple who stopped didn't do it by chance. “This was a divine intervention,” she says.

Now Nicholson needs help once again. She wants to find the people who stopped to help her that Christmas Eve. She remembers the couple may have been in their 40s back then. She thinks they were locals.

After 20 years, Nicholson hopes this will be the Christmas she finds her angels.