At least one person killed after helicopter crashes in Virginia

Williamsburg, Va. — At least one person was killed when a helicopter crashed Sunday evening into a residential townhome building in Williamsburg, Virginia near the campus of William & Mary, authorities said.

Virginia State Police confirmed the fatality in a statement Sunday evening. Authorities said they were still trying to locate and identify the pilot of the helicopter after it went down after 4:30 p.m. in the 1100 block of Settlement Drive. It was not immediately clear if the person who died was on board the aircraft or on the ground.

The communications office of the College of William & Mary tweeted that an "aviation incident" has been reported in a residential area near Dillard Complex. 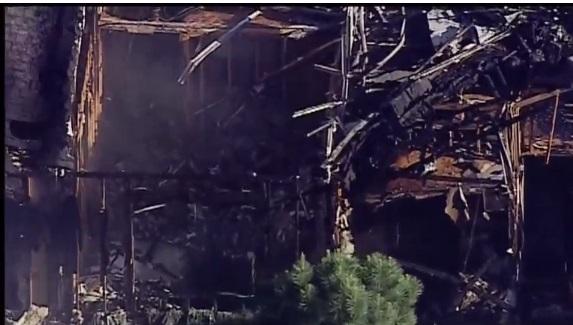 The impact of the crash ignited a fire at the townhouse complex, which is surrounded by several other residential units.

Video from the scene shows that the roof of a building was apparently sheared off and a large amount of charred debris was visible at the site. Smoke was seen rising from the crash location, and there was a small portion of a roof that was still burning around 6 p.m.

A spokeswoman for the Virginia State Police said the cause of the crash is under investigation.

It was not immediately clear who owned the aircraft.

People who live in the area described hearing a low-flying helicopter before a loud explosion and fire.

"I was downstairs on the first floor when that thing hit and I had never heard a noise like that in my life," Donald Johnson, told the Virginian-Pilot.