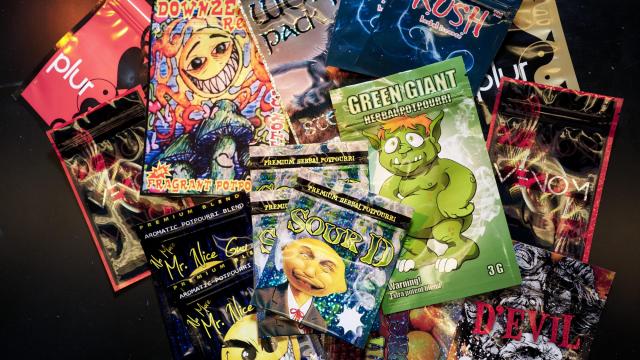 Durham, N.C. — Two Durham residents have experienced severe bleeding in recent weeks after taking synthetic cannabinoids, public health officials said Monday in warning about the use of the man-made drugs.

Synthetic cannabinoids, also known as fake weed, K2 or Spice, are drugs that are made to act on the same part of the brain as the active ingredient in marijuana.

Since March 2018, more than 200 people nationwide have suffered the same bleeding condition following use of synthetic cannabinoids contaminated with brodifacoum, a poison that has been used to kill rats and mice, according to the North Carolina Department of Health and Human Services.

In one of the two Durham cases, a product named Blue Giant was reportedly used, but DHHS officials said products with different names have been linked to severe bleeding in other states, and no synthetic cannabinoid products should be considered safe.

"This second case of severe bleeding in Durham County is evidence that these dangerous products are still out there," State Epidemiologist Dr. Zack Moore said in a statement. "The best way to protect yourself is by not using any synthetic cannabinoids."

To report symptoms of unexplained bleeding or to get answers to questions about synthetic cannabinoids, call the Carolinas Poison Center at 1-800-222-1222.