Health care state of play: New bill to be unveiled 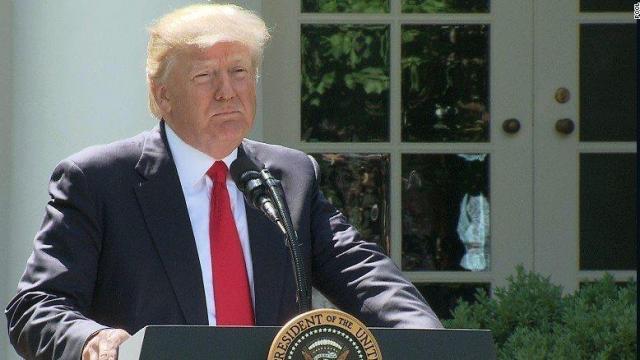 We've seen this before: The Republican leadership in the Senate is expected to unveil their health care bill Thursday morning, a revision of a proposal they developed earlier this year.

This follows weeks of negotiations among members as Senate Majority Leader Mitch McConnell tries to bridge the divide between conservatives and moderates in his party and reach the 50 votes he needs to pass a plan.

Here's what we know:

It's all about the 'motion to proceed'

11:30 a.m. ET: Republican senators will huddle to discuss the revised health care bill. The bill could be posted online a little before that meeting begins.

McConnell wants to have a vote next week on a motion to proceed on this bill -- a procedural step to start debate on the legislation.

Right now, it's all about how senators will vote on the motion to proceed. If that doesn't pass, there is no vote on the bill itself. And if GOP senators want to kill this bill, they will want to kill it at this procedural still, which would spare them a painful and drawn-out vote-a-rama filled with Democratic amendments and a series of politically harmful votes.

The mood among GOP senators as of Wednesday

Sen. John McCain of Arizona: "I would be surprised" if health care bill passes next week.

Sen. Bob Corker of Tennessee: "Not everybody's having a good time."

Sen. Rand Paul: "The new bill is the same as the old bill -- except for worse."

A version of Texas Sen. Ted Cruz's amendment to give insurers more flexibility to offer insurance plans that don't comply with Obamacare-era regulations is expected to be included in the new Republican health care bill Thursday, according to two GOP aides familiar with the process.

The so-called Consumer Freedom amendment is considered contentious among Republican senators with some moderates having raised concerns that it could hurt those with pre-existing conditions. The amendment would allow insurers to sell cheaper plans with fewer benefits that would likely attract younger and healthier Americans. But that would cause premiums to spike for those looking those who are sick and need more comprehensive policies.

The amendment, however, has been key to getting Cruz to vote for the GOP plan to overhaul Obamacare. Cruz said Wednesday that his vote to advance the bill next week would depend on whether he was convinced premiums would lower with the GOP health care bill.

Sen. Mike Lee tweeted Thursday morning to say that he has not seen the newest version of the Cruz amendment included in leadership's health care bill and was unsure if he could support it.

The amendment is being included in the draft bill Thursday, but could be stripped from the bill before a final vote occurs.

Senate Majority Leader Mitch McConnell is planning to discuss the new version of the bill with his conference later Thursday morning, and the new proposal is expected to be released publicly around the same time. A vote on the measure is possible next week.

The surprise "no"s from last time: There are a series of members like Sens. John Hoeven and Jerry Moran who came out against the bill after McConnell postponed the vote on the first bill. That was very surprising, and they will be key to watch. If they are still voicing skepticism, it's a bad sign. These are members no one ever thought would be a problem.

The poles of the conference: Sen. Rand Paul of Kentucky and Sen. Susan Collins of Maine couldn't have more different reasons for being no, but yet they are the ones most critical of the health care bill right now. Paul is conservative. Collins is moderate. Both could stop this bill in its tracks. (Paul said he will vote "no" and Collins is widely expected to be "no").

The Medicaid senators: Sens. Shelley Moore Capito, Rob Portman and Dean Heller hail from states that depend on Medicaid expansion. They have all voiced deep concerns with the cuts coming to Medicaid. We don't have any evidence there will be changes to the Medicaid portion of the health care bill, which could be problematic if leadership wants their votes.

The other conservatives: Cruz and Sen. Mike Lee of Utah have been clear: they need the Cruz amendment to be included in the health care bill. Without it, both have indicated they won't even vote to debate the bill.

The latest from Trump

"I don't even want to talk about it because I think it would be very bad," Trump said in an interview with the Christian Broadcasting Network. "I will be very angry about it and a lot of people will be very upset."