Heading to a UNC football game? Check out these spots

Chapel Hill, N.C. — It's fall, there's a chill in the air and there's lots of good football to be played. If you're heading to Chapel Hill to take in a game make sure you hit Franklin Street and these spots before you take the stroll to Kenan.

Early morning game? No problem. Chapel Hill is packed with great breakfast spots. If tailgating is on the agenda, stop through Sunrise Biscuit Kitchen and grab some grub on the way into campus. The chicken biscuit is the go-to-move. Often the drive-thru line extends out into the street but don't be turned off by that, it's worth the wait. 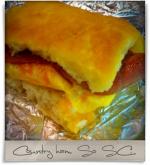 Another prime grab and go spot is TimeOut. Do not leave here without getting their mac-and-cheese. It is oh-so-good as are the biscuits. My favorite bacon, egg and cheese, but you can pick your poison. A recent winner of Travel Channel's 101 Tastiest Places to Chow Down, they offer lots of mix and match options from fried okra, mashed potatoes, fried chicken, even spaghetti. Portions are big and it's open late, a popular stop for the students after a night out.

If you want a sit-down breakfast stop, hit Breadmen's. They serve breakfast all day as well as lunch and dinner. There are a wide variety of options and it's a Chapel Hill staple. 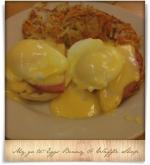 Another favorite stop when craving pancakes is Ye Olde Waffle Shop. They've been around since 1972 and are celebrating their 40th anniversary this year. Prime for early games as they open at 8 a.m. and close up shop at 2:30 p.m. on the weekends. Fluffly pancakes and waffles, hashbrowns, omelets and a perfect cup of coffee. A winning combination for jump starting game day.

For those looking to watch some of the other football games going on during the day head to Four Corners. Multiple TVs, great bar food and drinks will great you. For the sunny days you can porch down the street it at Pantana Bobs and get your fill of the games with several outdoor TVs.

If you're looking for the complete Chapel Hill experience, make sure a stop at Top of the Hill is on your agenda. This is the most famous spot on Franklin Street as it over looks the town and is often shown on TV during games. They brew their own beer and have added a back-bar within the building.

The Buttermilk Fried Chicken is enormous and you'll have a hard time trying to talk yourself out of finishing it all. I'm also a big fan of a good salad and the Baja Chicken Salad doesn't disappoint. It's nicer than your typical sports bar and the prices match it, but deservedly so. I've never had a bad meal or drink there. Go with an Old Well White. Their beers have won 18 medals in the World Beer Championships and they were recognized in the World Encyclopedia of Beer as one of the best breweries in the U.S.

Another iconic spot if you're looking to grab a drink and have some time is He's Not Here. Legendary because of their Blue Cups (33 ounces!) and they claim it was Michael Jordan's favorite bar. This Saturday they host Steve Logan as he's onsite for his “Game Day Live” radio show from 10am to noon. 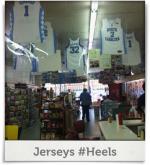 For the huge Heel fans, stop in Sutton's Drug Store. The place is plastered in photos of former and current athletes who stop in for food, and you just may catch one while you're there. It's cheap but full of old-fashioned goodness. Since it's a drug store/diner it does close at 6 on Saturdays. Word to the wise, get a milkshake.

What are your favorite spots?