'He wanted to be a superhero:' 11-year-old organ donor saves lives of 7 other children

Friends, loved ones and strangers are working together to raise money for a single-mother who has made the most difficult decision a mother could ever make.

After a bicycle accident at the lake ended with the death of her 11-year-old son, Xavien, Jessica Perez-Moreno decided to donate his organs.

"He always wanted to be a superhero," she wrote. Now, Xavien will help save the lives of at least seven other children. 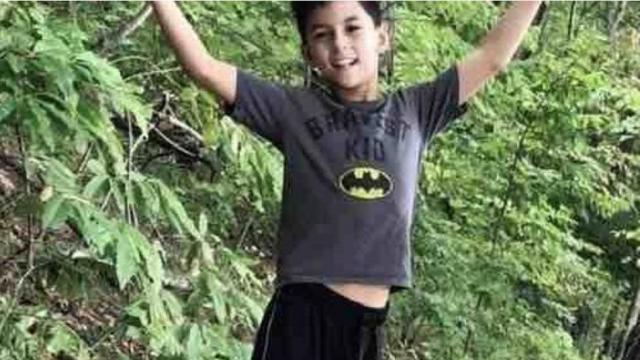 "Our baby is not done fighting," wrote Perez-Moreno.

According to their GoFundMe page, Perez-Moreno has incurred medical, funeral and burial expenses. She has also lost wages, as she's had to be there for her two other children.

On Feb. 8, Xavien was taken to the emergency room and was diagnosed with a broken wrist and concussion, according to the GoFundMe page.

Shortly after, doctors determined he had a brain injury. After multiple emergency surgeries and several ups-and-downs "an MRI revealed there was no brain activity for sweet Xavien."

Facing the worst news a mother could ever face, Perez-Moreno decided she wanted to let her son be a hero, to save the lives of many other children and spare other parents the grief.

"What is getting me through, and what I need everybody to know is this: Xavien turned out to be a universal donor," she wrote.

"Yesterday," she wrote, "He saved seven babies under the age of five. Two of them under three, and one of them under one year old."

Perez-Moreno said it helps get her through, knowing that seven other families have been sitting there with their child, terrified of losing them and praying for a miracle – and seven families received that miracle call, thanks to Xavien.

"If I could prevent from anybody sitting there feeling the way that I was for those eight days, then I know that I chose right," she said.

Xavien, who was a miracle to his own family every day he was alive, will continue to be a miracle – and a superhero – to those families for the rest of their lives.

In return, the community is stepping up to be a hero to her family, too – by helping raise money on a GoFundMe for this single mother and her children, who just experienced the worst day of their lives – and chose to be heroes anyway.

Xavien's funeral will be Thursday, Feb. 25 at 4 p.m at Brooks Avenue Church of Christ. Because of COVID-19 capacity limitations, the funeral will be live streamed on Perez-Moreno's Facebook page.

"He’s mommy‘s little angel and I’m so proud of him for becoming the superhero he wanted to be," said Perez-Moreno.