'He took my son's life for nothing': Mother grieves over slain UPS driver

Raleigh, N.C. — A Raleigh man was ordered held without bond Thursday in the fatal shooting of a UPS driver downtown on Wednesday afternoon.

Stephen Joseph Bynem, 30, is charged with murder in the death of Dylan Scott Wall.

Wall, 23, of Knightdale, was gunned down in the 600 block of South East Street as he delivered packages. Bynem lives next door to where the shooting occurred.

Vernie Wall said her son was walking up to a house to deliver packages when Bynem approached him. Dylan Wall said hello to him and was shot, his mother said, noting the exchange was recorded on a Ring doorbell camera.

"He was on the phone with his friend from work and told his friend, 'I think I'm dying,'" Vernie Wall said. "He took my son's life for nothing."

A homeowner on South East Street said he has given his doorbell camera video to police, but he declined further comment.

"He hated that downtown route because something just happened on Cabarrus Street not that long ago, and it freaked him out," Vernie Wall said. "'Mama,' he said, 'this is such a dangerous part of Raleigh.'" 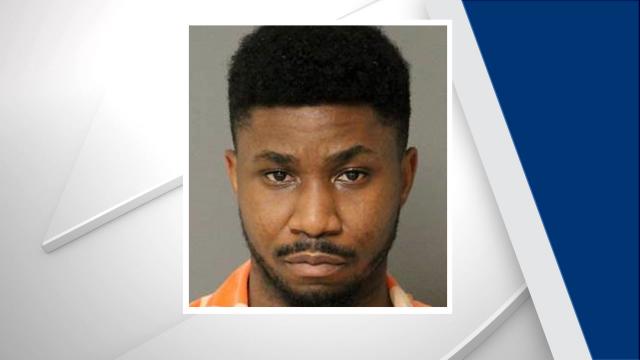 People in the neighborhood said they rarely saw Bynem.

His only conviction was in 2008 on misdemeanor charges of carrying a concealed weapon and adulterating food, according to state Department of Public Safety records.

Bynem may have mental health issues, and the family was trying to get him help.

Vernie Wall became emotional during Bynem's brief initial court appearance Thursday afternoon, yelling at him before apologizing to the judge and running out of the courtroom in tears.

Dylan Wall was a hard worker who took any job UPS assigned to him, even the downtown route he hated, his mother said.

"He took the route anyway because, anything they gave him, he was up for the challenge," she said. "He just did whatever they needed him to do."

"He was like a ray of sunshine when he walked in the room, just his personality," she said. "People would say, 'It's so great that you're here. We can always depend on you,' and this one woman, a week and a half ago, whenever he was delivering the package, she told him, 'Every time I see you come in, it makes my heart smile.'"

Dylan Wall is survived by a wife and 5-year-old son.

"As much as I've been through in my life, this is a pain like no other," Vernie Wall said. "I feel like my soul has just died."