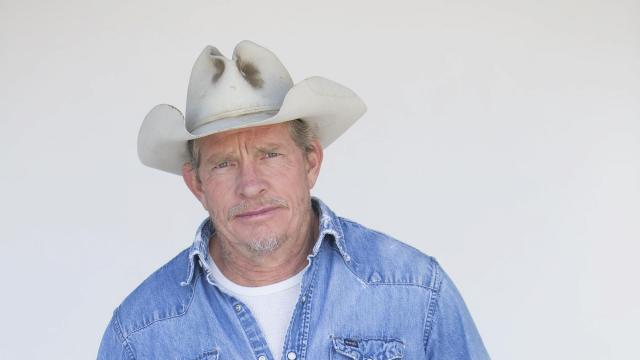 For certain viewers, the first season of HBO’s “Divorce” — starring Sarah Jessica Parker and Thomas Haden Church as New York suburbanites putting their marriage out of its misery — rang all too painfully true.

“We ended up in such a dark place last year, and it was sort of unspoken throughout the break that everybody wanted to move past that, and really quickly,” said Church, whose character, Robert, a Wall Street guy turned flailing contractor, began the series as the aggrieved party after Parker’s Frances cheated and opted out of their union.

Fast forward six months, when “the detritus would have been cleaned up and the feelings smoothed out as far as betrayal and misery,” he said. “Everybody was in agreement that we wanted to find a hopefulness for them and for the kids.”

The amusingly loquacious Church, 57, was speaking by phone from the working Texas ranch west of San Antonio that he left Hollywood for in 2001. He also talked about partnering with Parker and the power of a mustache. Here are edited excerpts from the conversation.

Q: You’ve been herding cattle for much of the decade. What lured you back to television?

A: I did “Smart People” with S.J. [in 2008] and just enjoyed her humor and her intelligence, and as a professional I thought she was almost peerless. And she called me, I guess it will be three years [ago] in January, and said: “Hey, would you read this? I’d really like you to do it with me.”

A: She’s a wonderfully kind person, and you’re like, “This is somebody that I’d like to be in business with.” I don’t know what S.J. would be doing if she wasn’t where she is at the table of life. I think she’d be an astronaut or running a multinational corporation or a champion NASCAR driver.

Q: This season, Robert and Frances are moving on, which I find bittersweet.

A: Well, don’t start dressing that carriage just yet. We never know what can happen in the post-mortem of that divorce. Last year, wow, we really did explore the darkness of a family being torn apart, and there’s still some of that conflict here and there. But now it’s principally about parenting, and getting that right with a 17- and a 13-year-old.

Q: And you acquire a new love, played by Becki Newton.

A: I was concerned at first about that because Becki and I are, like, 18 years apart. But her character has a grown daughter, and we have our children, and you can make that connection emotionally after a certain age. Becki and I talked about it a good bit, and she’s like, “You know, it doesn’t seem awkward to me.” And I was like, “All right, I’ll roll with it.”

Q: You might have to shave that mustache. It’s a character unto itself.

A: I had grown it right before we did the pilot for a role in “Daddy’s Home,” and Will Ferrell told me, “You look like a Civil War general.” I thought that’s a great look for me right now. And the mustache just turned into this cottage industry.

Q: It certainly makes a statement.

A: I didn’t even know I could grow a mustache until I did “Broken Trail” in 2006, and Robert Duvall was like, “Everybody in the Old West, they had a mustache.” If Robert Duvall says I have to have a mustache, I’m by God going to try and grow one.

Then I did “Lucky Them,” and the first day, Johnny Depp walked up, and he’s like: “Can I buy that mustache off of you? I can’t grow one at all.”

But then Randall Wallace directed me in “Heaven Is for Real,” and he goes, “Are you sure you’re not hiding behind that thing?” So a whole new fear and insecurity invaded my brand.

Q: The same fear and insecurity that sealed your fate with Frances?

A: She was so just deliciously vicious about her hatred of the mustache. Here and there, we’d have a little kissing. And she’s like, “Why is it always wet?”

Q: How has it served you in real life?

A: What’s crazy is that my girlfriend likes me with a mustache — though she’s like, “You know, it is kind of always damp.”