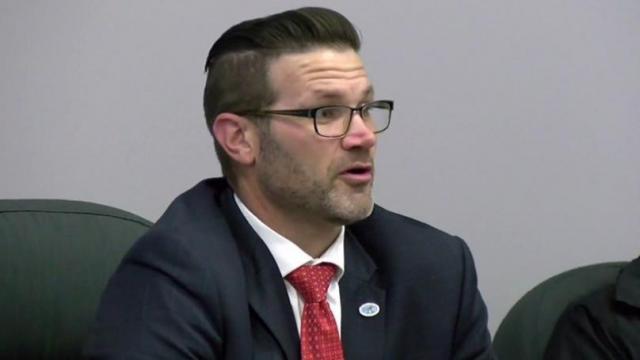 Havelock, N.C. — The State Bureau of Investigation has arrested a Havelock city commissioner and charged with him with 12 counts of second degree sexual exploitation of a minor.

Peter "Pete" Devlin VanVliet was arrested at his home without incident shortly after midnight on Tuesday. Special agents with the SBI and Havelock police made the arrest.

VanVliet posted a $100,000 bond that was issued by the Craven County magistrate.

WITN.com reports the SBI says they were requested on Friday by Havelock police to investigate Van Vliet. The agency says as this is an ongoing investigation they can't release any more information.

According to arrest warrants obtained by WITN, the SBI says they found computer video files of children, some possibly as young as two years old, engaged in various sex acts with other children as well as adults.

Warrants say the offenses happened between February 4th and December 30th of this year.