Haugh could be spoiler in US Senate race 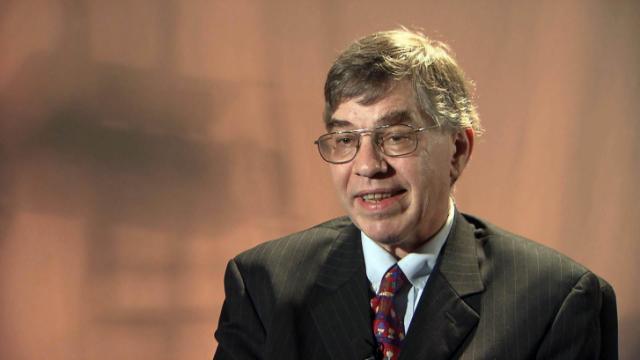 Haugh, who won his party's nomination in a May primary, didn't meet the polling threshold set by the North Carolina Association of Broadcasters, the group organizing the two debates.

According to NCAB executive manager Lisa Reynolds, the organization kept the same guidelines for this year's debates as it has in past debates.

"Third-party candidate(s) will be included in the debates to the extent they were polling an average of at least 10 percent two weeks prior to the debates in the (Public Policy Polling), Civitas and Rasmussen polls," the guidelines state.

WRAL News has also used the 10 percent threshold in debates it has sponsored.

Haugh polled at 8 percent in PPP's poll released Aug. 19, at 6 percent in Rasmussen's Aug. 7 survey and at 7 percent in Civitas's Aug. 5 release.

"The feeling of the group was that, if a candidate is not polling at least at that level, then listener and viewer interest would be minimal at best," Reynolds said in an email. "The rationale was to devote as much time to allow voters to hear and observe the candidates in whom the constituents have the most interest.

"Additionally, political consultants have used that threshold as criteria that a third-party candidate can make an impact on the outcome of a political race," she explained.

Ironically, this race may be the exception to that rule.

Tillis and Hagan have traded small leads throughout the summer, usually only a percentage point or two, and are nearly always within a poll's margin of error. Despite more than $16 million in largely negative ads poured into the race by outside groups through Sept. 1, neither has gained any substantial traction.

"Typically, third-party candidates keep dropping in the polls as Election Day approaches, and I see no reason that Haugh should be an exception to that," Greene said. "That said, if he's picking up even 2 to 3 percent of the vote on Election Day, that could easily be enough to tip the balance in a race that appears to be so close.

"Traditionally, Libertarian candidates do draw more from Republicans – though not exclusively – and given the prominent strain of libertarianism in the GOP of late, this has got to be a genuine concern for Tillis," he added.

Polls seem to confirm that Haugh is more of a threat to Tillis than to Hagan.

In Civitas' Aug. 5 survey, when voters were given only two options – Tillis or Hagan – Tillis led Hagan by 2 points, 45 to 43 percent.

But when respondents were given Haugh as a third option, Tillis ended up 2 points behind Hagan, 39 to 41 percent.

The Suffolk/USA Today poll also showed Haugh with 10 percent support among unaffiliated voters, a voting bloc where both Tillis and Hagan need to gain votes.

Still, Haugh's campaign hasn't exactly taken off. As of Wednesday, he had no statement of candidacy on file with the Federal Election Commission.

Campaign spokeswoman Rachel Mills said the campaign had "only recently passed the $5,000 threshold at which a report is required." She said the report was mailed "a few days ago" and should be posted on the FEC website once it's processed.

In a video statement posted on YouTube, Haugh said he's not upset about not being invited, and predicted the debate would be a "snoozefest." He said he planned to spend the evening at work delivering pizzas. He urged viewers to avoid the broadcast, too.

"They're not really talking to you tonight," Haugh says in the video. "They're auditioning for the political class and their corporate special-interest buddies who want to determine this election. And of course, I don't fit into their plans, so they don't want to hear from me at all."