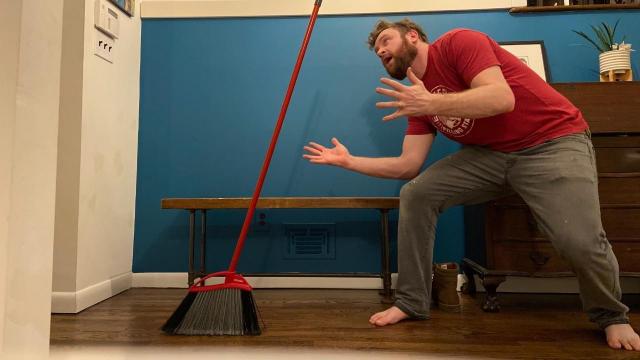 Your friends are likely posting videos and pictures showing how they can make brooms stand up all by themselves.

A viral tweet suggests that NASA said Monday was the only day the "standing broom" trick would work, because of the earth's gravitational pull.

We couldn't find anything from NASA to support the tweet. But as with many things on the internet, people ran with it.

Instead, it has everything to do with balance.

The center of gravity is low on a broom, and rests directly over the bristles. Which means, if you can get the bristles positioned like a tripod, your broom will stand upright any day of the year.

Here's a video explaining it all. (By the way, this video is from 2012 because this myth has been around that long, if not longer.)

While we're sure NASA is bristling at the idea of people getting the science wrong, it still makes for a fun party trick.